Mark Peranson/Columns, CS65, From The Magazine 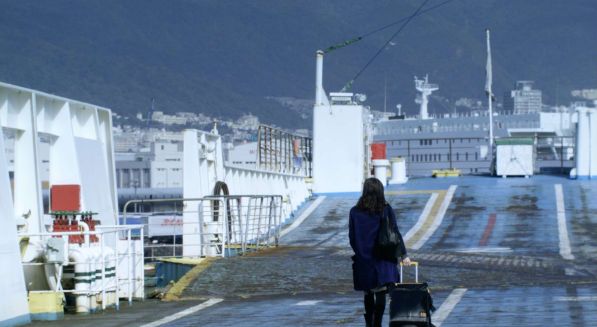 Not to toot one’s own horn, but merely to point out a fact that might have flashed by or eluded many: again this year over at www.cinema-scope.com (where, truth be told, you are likely reading this), we endeavoured to provide, at great effort and comparatively large expense, a wide-ranging survey of the films that played at the Toronto International Film Festival, many of which consequently appeared or will appear at festivals globally over the course of the next months and, in the odd case, will actually get released in cinemas. Not that numbers matter all that much, but we reached 150 feature films reviewed, a new unofficial TIFF world record—though it could be more, depending on how one counts Arabian Nights. While I’m sure many of you had the opportunity to browse some of the pieces during the festival, I’m here to remind you that in the land of the internet, nothing disappears: consequently, these reviews (and reviews from previous TIFFs) are up there for eternity, or at least until I run out of money and stop paying my service provider (and veteran Cinema Scope web helper)

And lest we think you’ve had enough festivalling—I certainly have—the spirit continues in the annual winter issue Spotlight. Of their own accord, our regular staff of writers have cherry-picked a few highlights to explore in depth, if two pages each counts as in depth. (Because it’s more than five hours long, Happy Hour gets an extra page—it’s only fair.) You’ll find some Cinema Scope alumni in that section (Tsangari, Desplechin, Bellocchio, Radwanski), but many of the other featured filmmakers might be unfamiliar to most readers. This is first a factor of us having already covered many of the “big names” with films this year in previous issues—it was extremely tempting to expand on my online piece on Bring Me the Head of Tim Horton, but I think the filmmakers will understand my laziness/reluctance to devote even more words to their work in print—and intentionally ignoring many others who get their fair share of ink and meaningless critics’ awards elsewhere. But to take the positive, it’s also a factor of our continued commitment to up-and-coming artists, Canadian and otherwise, that herein include first-time feature filmmakers (Mauro Herce, Josh Mond, Bi Gan) and experimental artists (Daïchi Saïto, Ali Cherri).

And then there’s Chantal Akerman, whose final film Andréa Picard so cogently analyzed in last issue’s Film/Art column but whose career oeuvre, for obvious reasons, gets another consideration in these pages. I’d like to thank here both Sylviane Akerman, who provided the image of her sister that is used on the cover of the print issue, and also Gustavo Beck, whose Polaroid taken on the set of his film Chantal Akerman, From Here (2010) accompanies Kate Rennebohm’s Deaths of Cinema piece. When I was starting out writing criticism, one of the earliest in-depth pieces I wrote was on an Akerman retrospective at the old Cinematheque Ontario; not that I’m into revisiting my own work at all, but I tried hunting down that piece to toss up online, to no avail. You know, pre-internet days and all…

All I will say is that Akerman’s films meant a lot to me, and it was an honour to be a small part of presenting No Home Movie last August in Locarno where, despite all irresponsible journalism to the contrary, the film was received with open arms by most critics and the general public. And to that one Swiss or Italian guy out there who I’m sure isn’t reading because he’s illiterate, to paraphrase a friend: She didn’t give a shit about your booing.

Posted in Columns, CS65, From The Magazine