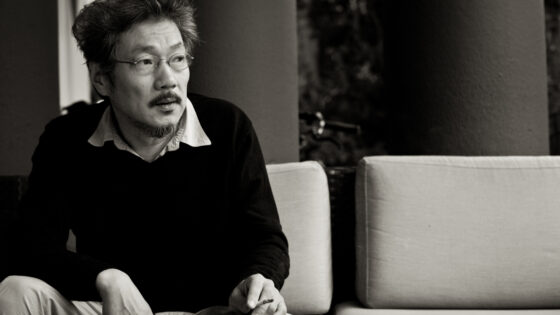 Let us pause a brief moment to consider and celebrate the career accomplishments of one Hong Sangsoo, on the long overdue occasion of his winning a main prize at a major international film festival. Is the Golden Leopard-winning Right Now, Wrong Then a masterpiece? The best film in the Locarno competition?  Is it Hong’s best film in years? Is it more of the same? Of course it’s more of the same, because it’s Hong Sangsoo. What the hell do you expect, people? (Hong told me recently that he doesn’t like doing interviews because he gets the same questions over and over again. I wonder why that might be.)

But I don’t see the point in asking these kinds of questions—I’d like to get psychologists to weigh in on this general compulsion for ranking films—especially when it comes to someone who is truly an artist working in cinema, who has created a distinctive living, breathing world on film, and whose accomplishments in terms of consistency are on par with people like Rohmer, Fassbinder, and Ford (to name three off the top of my head). Since the day he arrived on the scene in 1996 with The Day a Pig Fell Into the Well, Hong Sangsoo has made 17 feature films, and there isn’t a bad one in the batch: name a contemporary filmmaker, from anywhere, about whom you can make the same claim. (One day in the near future, when I’ve got the time, I’ll attempt a long-planned experiment of watching all 17 films in a row.) Hong’s films are like flowers: they bloom at a certain point annually, then sprout up again the following year, without fail. (I say “films” because it’s rumoured he will shoot three or four of them this year; the next one is already in the can, watch for it in Berlin).

That he manages to do all of this with perennially meagre resources (around $100K a film, though the size of the budget is probably what guarantees him continual artistic freedom), and in such a particular and unique manner (for one, writing the script on the morning of shooting) evinces that, without exaggeration, we are probably in the presence of genius. What I will say about Right Now, Wrong Then in particular, arguably his most experimental work, is how impressed I was by the way its daring two-part structure transcends what it initially promises—opening up, rather than constricting its characters, and, indeed, overflows with life. Hong not only leaves the differences between the two parts open to interpretation, but intentionally resists any one definitive interpretation, creating a kind of humanistic freedom that I can’t recall seeing recently. To put it another way, with Hong it’s Right Now, Right Forever.

I’ll admit that I watched Right Now, Wrong Then first on a screener, and then in the cinema, and I cannot stress how much more alive the film felt to me on the big screen. Not that it’s a surprise, as I dare you to come up with a film that does not improve when projected in a cinema. (This is not to say some films don’t work, or work differently, when viewed on a computer: see, for example, Isiah Medina’s 88:88, which works great on both devices.) All this is to say, take advantage of the film festivals coming to your town this season, and see the films the way they are meant to be seen. And don’t forget to check out cinema-scope.com for all our TIFF reviews from this year and last for, at the very least, a consumer guide to the offerings.

Two final notes: a big thank you to Sandro Baebler for the use of his portraits of Hong Sangsoo on the cover and inside (see www.sandrobaebler.com for more examples of his work); and also, an errata from last issue, as Christoph Huber omitted mention of Adrian Martin’s The Mad Max Movies (2003), which was used as source material for his review.

Posted in Columns, CS64, From The Magazine