Mark Peranson/Columns, CS63, From The Magazine

Let me begin with a series of overdue apologies, because film critics never apologize, and we all know they make mistakes on a regular basis. First, I apologize for the late arrival of this magazine, especially to our valued overseas supporters—but I’m not in charge of Canada Post, yet, so the blame really lies elsewhere. (Let it be said I am listening to your complaints, and I feel your pain.) This issue in particular is also slightly belated, thanks in part to a general Cannes hangover that sets in around late May amongst many of us whose words are appearing in these pages; I’m amazed I can even find enough strength to compose this apology, as the last thing I want to do is write and edit for two weeks after Cannes. And let me apologize again for the now-familiar negativity that will be found in a number of these non-apologetically cinephilic screeds, with respects to Cannes and its much-derided Competition in particular; I take no pleasure in this annual tradition of Gallic kneecapping, but, hey, I just watch the films and have to write about them—I don’t make them, and I certainly don’t program them. So, yes, apologies all around, dear readers, even though, now that I think about it, none of this is actually my fault.

So what can I take the blame for? Well, as a sometimes film critic, I apologize for not watching Mad Max: Fury Road, which by many accounts was the critical hit of Cannes (which says a lot about the other films), though I made sure that someone who wasn’t at Cannes wrote about Max Max in the magazine, just to even it out. (Lucky guy.) I apologize to Miguel Gomes for falling asleep for approximately four minutes during the first volume of Arabian Nights—despite having relapsed this year on Ambien, which really helped—though the hallucinatory dream I had in those four minutes could easily have been part of the film (it was during a scene where some unemployed Portuguese guy rambles on about his shitty country, and involved something futuristic with a computer chip, that’s all I remember). I apologize for not watching the new Woody Allen film at Cannes, because last year at this time I got an email from Mr. Allen’s production designer requesting permission to display a copy of Cinema Scope somewhere in Irrational Man (then called “Woody Allen Fall Project 2014”). This was very clever on his part, as by now it’s probably the only way Mr. Allen will get me to see one of his movies in the cinema. If anyone can confirm the magazine does in fact appear in the film, even if Joaquin Phoenix uses it for toilet paper, please email info@cinema-scope.com. 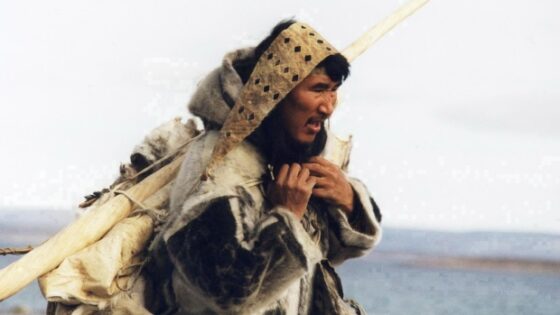 Moving on to other matters: I do not apologize for neglecting to vote in the poll for Canada’s All-Time Top Ten, because, as regular readers of this magazine are well aware, I find the ideas of polls, surveys, and their ilk generally off-putting, for many of the reasons elucidated in Adam Nayman’s article that appears in these pages. This is also why I felt the need to include an article about Joyce Wieland in this issue in particular, as a little reminder to all that film history includes experimental cinema. To be honest, in a moment of weakness I did give some consideration to filling out a ballot, but, to be brief, the exercise of narrowing down a country’s film history to a list of ten favourites is something I cannot fathom personally; just the thought of it stresses me out, and I’m stressed out enough as it is. (Doing this exercise over the scope of a single year is hard enough.) To be crystal clear, I’ve got nothing against CanCon, which in this issue, in the form of Sleeping Giant, stands out amongst the CannesCon. (Maybe it’ll make the list in ten years; stranger things have happened.) It’s just that there have to be better ways of drawing attention to our national cinema that doesn’t involve a “democratic” process, as we all know how wonderfully well democracy is working for Canada these days.

Posted in Columns, CS63, From The Magazine