Mark Peranson/Columns, CS61, From The Magazine 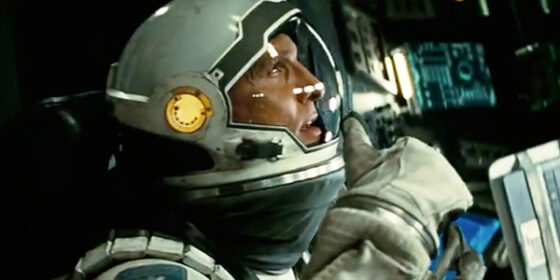 It’s taken an abnormally long while for me to find the will to pound out the missive this time around, due to something like a combination of mounting exhaustion and world-weariness. Let me try and explain. Living in what is clearly a golden age of popular-culture availability, with far too much available at a click of the mousepad, has created bad habits in this repentant cinephile—especially when “awards season” takes hold, and the need to catch up with the year’s output combines with the need to be up-to-date in all other matters popular-culture-wise. It has come to my attention that I spend far, far too much time watching things—films, television shows, sports, whatever, so long as it’s moving—maybe to counteract the drudgery of “work,” which, itself, is watching movies, albeit mostly drab and dull ones. In this scenario, anything half-entertaining automatically acquires a certain value, however dubious that might be. But at what point does entertainment cease to be entertaining?

It’s a daily struggle to try and combat my lack of regimentation, a self-imposed, benign version of the Ludovico treatment, lest I end up as the actualization of the vision of consumption proposed by that recent visionary work WALL·E, ingesting as many images as possible with no desire or impetus for critical reflection. Maybe it just feels like the right time to avoid what is happening IRL, whether it’s climate change, economic injustice, unchecked police brutality, I could go on…clearly the human race is in the process of screwing itself into the ground: we’d be lucky if our foreseeable future only involves dust storms and an all-corn diet. Maybe I need a cleanse, a vacation, or just some kind of pause from the all-encroaching industrial-culture establishment.

Speaking of a pause and an all-corn diet, this leads me to reflect on a recent obnoxious filmgoing experience, or why I don’t enjoy seeing films in cinemas all that much these days. (Recent exception: John Ford films at the Austrian Film Museum during the Viennale.) So for some reason I decided to go see Interstellar (maybe you’ve heard about it), more out of technological curiosity than anything else. I also had a few hours to kill, was outdoors, and it was cold. Sure enough, I was met with a clunky space spectacle. For all of Christopher Nolan’s newfound adherence to the cause of shooting and projecting on film—there’s nothing wrong with that, I’m in favour, and I don’t care about any sanctimony involved—the screening I ended up seeing was a digital IMAX presentation, where the image clarity yet again resembled watching a giant-screen TV, and looked very little like The Sun Shines Bright. (On the other hand, Inherent Vice, which I watched at home on a DVD screener, felt much more like “cinema,” though I’m also sure I will like it more if I end up seeing it, on film, in a movie theatre.)

But to get to my point, I should have caught on that something was amiss when I entered the cinema and saw a piece of paper stuck to the door informing (or maybe warning) of an intermission in the middle of the film; for all that I had heard of Interstellar by this point (the end of November), nobody mentioned an intermission. So, sure enough, at precisely the mid-point of the film, someone—I guess the “projectionist”—pressed the pause button on the IMAX machine and poor Jessica Chastain was frozen, in the middle of erasing complex mathematical equations, for a good 15 seconds, before the lights came on and said “projectionist” covered the lens or however he did it, allowing the audience to go out and buy more popcorn. All I could think was, “Poor Christopher Nolan. Does he have any idea what they are doing to his film? To the filmgoing experience?” That was quickly followed by, “Why did I come to this cinema when I could be lying comfortably in bed binge-watching Arrow?” And these two questions kind of sum up how I feel about going to the movies today. So sometimes a pause is not enough.

Posted in Columns, CS61, From The Magazine