Mark Peranson/Columns, CS59, From The Magazine 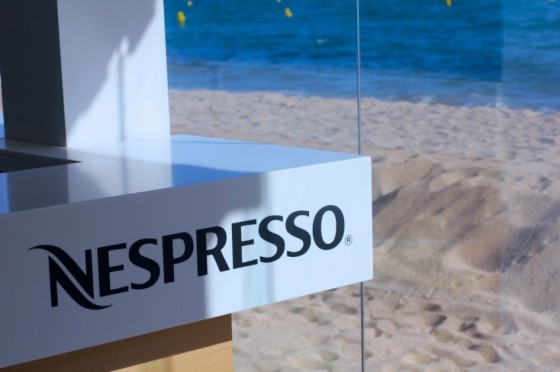 Another year, another two weeks wasted on the Riviera, but at least I got a tan. By now there’s no need to dwell on my feelings about the Festival de Cannes—any regular reader of this esteemed magazine knows them well enough. Yet despite my annual fear of repetition—and by this point there’s little I can do to prevent this—I’m told that there are some people that look forward to my thoughts on the annual Festival de Film, as it used to be called. (Now, as this year there was no celluloid at all screened in Cannes save Pulp Fiction on the beach, that name change looks darned prescient.) Just a brief hint, then, that what I’ve scribbled in the pages that follow should be seen purely as a mirthful introduction to the spotlight of serious reviews on this year’s Cannes lineup. My thoughts are restricted—for space reasons, but also for reasons of analyzing the programming “coherence”—to films that premiered in the Official Selection. (Two of the highlights of Cannes for me, Bruno Dumont’s P’tit Quinquin, from the Quinzaine, and Nadav Lapid’s superb The Kindergarten Teacher, from the Semaine, were thusly excluded.) Off the top of my head and with no quantitative method applied, I give this year’s Cannes a 6.5 out of 11. Because this year in Cannes—check out the Dharkan, if you dare—the intensity of my Nespresso went to 11.

Cannes nonsense aside—as what can one really make of a festival whose major national representation, stalwarts of France and the US aside, were the UK, Israel, and Canada?—I decided that this issue should start off with a commissioned discussion between two young American independent filmmakers, Joel Potrykus and Alex Ross Perry. I had hoped that it would be about, you know, their films, because both Buzzard and Listen Up Philip are pretty great, two of the best films I’ve seen so far this year, and certainly better than most of what I watched at Cannes. What they instead gave me is, I think, revealing about what preoccupies independent filmmakers today. And both Perry and Potrykus, no doubt, are “independent filmmakers,” even if that term seems to have lost favour recently (there are those who feel it’s better applied to DIY kids filming cats on their Flips and uploading the footage to YouTube). Their discussion addresses some of the pressures that prey upon film artists when they attain even a slight amount of success and are immediately courted by an industry that for the most part refuses to accommodate personal visions, or care at all for personal well-being.

This relates to the feature that directly follows, an interview with Robert Greene (who was the editor on Perry’s Listen Up Philip) about his documentary Actress, focused as it is on one of those people that yearns, more than the two heroes of our first article, for mainstream success. But hey, she also needs to make a living. The other features in this issue likewise can be seen as describing how various types of independence continue to manifest themselves, in narrative, documentary, and experimental filmmaking. The pressures exerted on the last may not be comparable, but at a certain point an artist has to decide they’re an artist, and hope that their work will find a home, some kind of audience, and hopefully a few critics interested in, and capable of, writing about them.

As we near Issue 60 (by which point maybe we’ll have attracted our 60th subscriber), these questions perhaps are more pressing on me, but I don’t think the end is in sight just yet. Nor are there any major new plans in the works, as I’m perfectly pleased to keep on doing what we’ve been doing, for as long as it makes sense financially and artistically. And that, as far as I’m concerned, is a gesture of independence that’s good enough. Don’t read this magazine with high expectations, though, because you’ll only get disappointed.

Posted in Columns, CS59, From The Magazine