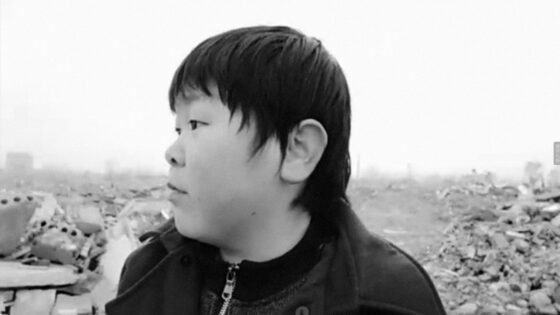 In 2014, the Chinese government first outlined its plans for a “social credit system,” a massive project that utilizes various data-collection tools to rank the good standing of the country’s citizens, set to be fully implemented by 2020. Undertaken with a goal to “strengthen social sincerity and stimulate mutual trust in society,” many experts have flagged the project’s obvious and extreme risks to civil liberties and freedom of expression. While not explicit, this context of steadily pervasive state surveillance and social assessment informs China-born, US-based filmmaker Zhu Shengze’s feature-length documentary Present.Perfect., winner of the Tiger Award at the 2019 Rotterdam Film Festival. Assembled entirely out of footage broadcast on various Chinese live-streaming platforms, Zhu’s film begins with a reference to another Chinese state intervention: the 2017 Cybersecurity Law, which has led to an increased control of network operators and threatened online expression, including the suspension of several live-streaming platforms.

Assembled out of some 800 hours of footage that Zhu recorded live, the project offers an alternative concept of (self-)observation as mediated by digital technologies. Save for four untitled chapter breaks, the only text in the film appears in the introductory title cards, which offer a timeline and explain the principles of live-streaming, emphasizing the importance of immediacy and direct engagement with viewers. Zhu’s key intervention into the footage is in the edit, though she is frequently content to let her sourced material play out for several minutes, inviting viewers to spend extended stretches of time with the various hosts and locations in the film. The live experience of the broadcast, however, is of course presented at a remove, the immediacy and exchange that exist at the heart of the medium drastically altered in the translation to cinema. Watching the film is thus an atemporal experience (one hinted at in the title’s grammatical invocation) that invites us to reflect on broader questions of community and connection across typically ephemeral mediums.

The film’s opening minutes are the most idiosyncratic, as Zhu cuts together mostly depopulated shots of machinery, construction, and other industrial milieus. Soon after, the film settles into its main formal mode, dropping us into the broadcasts of a number of Chinese live-streamers (or “anchors”) who broadcast their daily lives and interact with their dedicated viewers. Responding to the anchors directly using the platform’s chat function, the streams’ viewers are also able to offer the anchors tokens with an actual monetary value—a social (media) credit that serves as a key source of income for several of the film’s recurring characters. Zhu excludes the chat box from the cinematic frame, but occasionally animations and features of the platforms accent the image, intrusions that feel particularly alien due to the filmmaker’s decision to present the film in black and white.

The film’s desaturation is only one of the elements of Present.Perfect. that situate it in opposition to Hao Wu’s colourful and somewhat more traditional documentary The People’s Republic of Desire (2018), which traces the offscreen lives of successful and competitive young live-streamers whose shows often consist of singing before the camera. Unlike these conventionally attractive icons with six-digit viewerships, the individuals that populate Present.Perfect. broadcast on a smaller scale: the anchors frequently greet their viewers personally and thank them for gifts or questions, all evidence of the bonds that have formed during the extensive, intimate periods of time they’ve passed together. Zhu occasionally captures this sense of banal duration and suspended real time, such as when the camera bobs while an anchor moves from one room to another, or when another leaves her phone on a table so that she can use the restroom. As the film progresses, it also narrows its scope, as we spend more time with certain socially marginalized figures, including individuals with visible disabilities or severe burn scars. Characters that we return to include a flamboyant dancer who performs in public; a young man with dwarfism who sketches on the city streets and streams from his apartment; and a sarcastic young woman who streams to supplement her factory work, and to find a distraction from it.

Present.Perfect.’s most interesting anchor goes by the screen name Opposite Attitude. A 30-year-old who suffers from a growth defect and has never passed through puberty, making him resemble a cherub-faced pre-teen, he is among the most sincere and generous of the film’s “stars,” his scenes accompanied by his consistent and infectious giggle. Opposite Attitude speaks about his life and the ways in which streaming has enabled him to emerge from a state of extreme isolation and self-consciousness; in a key moment that drives home the film’s themes, he discusses his initial turn to the platform after having spent extended time as a viewer, taking inspiration from a live-streamer he admired. In another sequence, he connects and chats with an anchor we’ve been following throughout the film, which shows that these acts aren’t simply unidirectional: for several of the anchors, it is clear that while the potential for monetary gain is real, so too is the potential for meaningful connections.

Presumably intentionally, and perhaps inevitably, Zhu’s deployment of the observational, real-time material in Present.Perfect. suggests a formal adherence to the principles and effect of watching actual live streams, with remarkable moments nestled amidst sequences that feel arbitrary, repetitive, and unstructured. (Opposite Attitude’s sequences are the only ones that feel cumulative and propulsive, as he eventually moves out of his home and takes on work at a nearby factory—an arc of character development that organically pushes the film into the realm of narrative.) The largely diffuse nature of the film’s structure is like a conscious shift away from Zhu’s previous two features, Out of Focus (2013) and Another Year (2016), which placed a greater emphasis on long-term documentary observation while offering traces of the concern with duration that continues through to Present.Perfect.

Born out of a participatory workshop in Wuhan, Out of Focus begins as a documentary about photography classes Zhu taught for children who had recently arrived in the city from the surrounding provinces; gradually, the film takes shape around one student, Qin, and her family, with several extended sequences that play out in their cramped apartment. In its emphasis on young people’s relationship with cameras, the film is an interesting precursor to Present.Perfect., while its portrait of domestic life is explored with even more rigour and artistry in Another Year. Structured around family meals, the film chronicles 13 successive months in a family home, separated into 13 single, fixed-take chapters. Another Year modestly offers the world in a microcosm: its scale seems to expand and contract at various points without the film ever actually adjusting its form. Routine family concerns give way to larger discussions about state policies and events, before returning to discussions related to home and work.

While both Present.Perfect. and Another Year approach their themes through an emphasis on duration and intimate spaces, their production method and scales are opposed: one is highly structured, the other effectively a readymade; the three-hour-long, Wuhan-centred Another Year aims for depth, where Present.Perfect.’s survey of material from across mainland China opts for breadth and plurality. Nevertheless, despite their marked differences, each can be seen as a sustained experiment in observational documentary, with the ultimate goal of rendering the filmmaker as unobtrusive as possible. In Another Year, this goal is pursued through its contained nature, minimal edits, and digital production, which allowed for a camera to record for extended periods; in Present.Perfect., the found-footage basis of the project removes the filmmaker from the presence of her subjects entirely, seemingly making that dream of being a true fly-on-the-wall observer even more graspable.

However, the inherently performative nature of the streaming medium, with the anchors ever-aware of and in dialogue with the camera, at the very least complicates the notion that the filmmaker has truly become a mute and invisible witness to unfettered reality. Furthermore, the endless monologizing of the streamers, who unerringly frame themselves in medium close-up, can remind one of nothing so much as the pontifications of “subject-matter experts” in standard talking-heads docs—another link back to the modes (as well as the limitations) of traditional documentary.

A similar effect is explored in Penny Lane’s The Pain of Others (2018), another recent film produced from content gleaned from social media, in which various YouTubers offer extensive testimonials of their suffering from the (potentially psychosomatic) affliction known as Morgellons, intercut with news reports featuring medical professionals detailing the supposedly apocryphal nature of the affliction; as presented by Lane, these two material sources are flattened, with no more emphasis given to the so-called expert commentary than to the firsthand testimonials. In both the Lane and Zhu films, marginalized figures are offered a platform to share their lives and beliefs, their experiences validated and supported by dedicated viewers and respondents. But both filmmakers see, in the mode of transmission of these ostensibly raw, personal testimonies, a potentially political element: for Lane, the echo chamber of online confirmation bias; for Zhu, a more optimistic (if precarious) heralding of a new era of self-expression in a country primarily concerned with social unity and uniformity.

Zhu’s invocations of antecedent modes of documentary can also be extended to a consideration of the technologies in the film. The filmmaker has explained that the decision to convert all of Present.Perfect.’s footage to black and white was done as a means to establish a formal continuity between material of various resolutions and sources, but the resulting effect serves to subtly link the film to histories of video technology; obvious connections can be drawn to the aesthetics of surveillance-camera footage and CCTV, despite the fact that, in this case, the intrusion into one’s personal realm is enacted by the surveilled willingly and on their own terms. Further, while presumably few of Present.Perfect.’s anchors would consider themselves artists, the monochrome aesthetic also serves to introduce connections between their raw self-representation and the early video-art practices of Vito Acconci, Joan Jonas, or Lydia Begalis, practitioners with backgrounds in performance whose work with moving images foregrounds the body and its presence. In their hands, the medium of instant feedback became a medium of self-representation and (pace Rosalind Krauss) narcissism, with the human body as its “central instrument.”

The bodies central to Present.Perfect. occasionally dance, but are rarely pushed to the extremes seen in early video art’s most dramatic explorations of human and technological duration. This does not mitigate, however, the more subtly radical aspect of the anchors’ incessant live-streaming, which comes to seem less a case of narcissism than an active claim of (cyber)space in a society where they are otherwise functionally invisible. Watching Zhu’s collation and preservation of these supposedly ephemeral streams, one recalls the title spoken (first as a question, than as an imperative) throughout Begalis’ most iconic work: Now? Now!

Posted in Columns, CS78, Festivals, From The Magazine