Chuck Stephens/Columns, CS50, From The Magazine 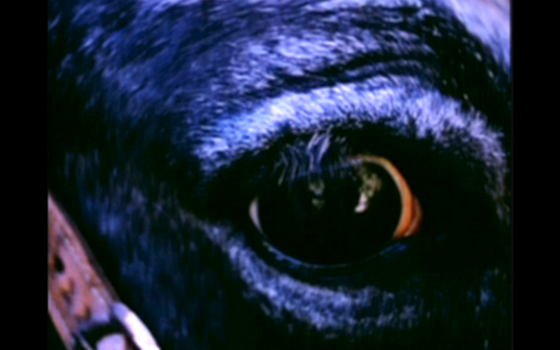 Every film Bruce Baillie makes is a folk song he’s hearing in his head.

The exquisite Valentin de las Sierras, Baillie’s ten-minute 1967 masterpiece—one of a series of extraordinary films (Quixote, 1965; Castro Street, 1966; Quick Billy, 1970) he made during the ‘60s—is structured around a well-known Mexican corrido about a man who may have been a martyr, or may have been a traitor; one way or another, life caught up with Valentin in the mountains of Mexico, and he was hanged. The warp and weft of Baillie’s film similarly contemplates celebration and hardship in those rugged, unforgiving mountains, intimately, prismatically tangling life and death in rare air and sunlight of liquid gold. Filmed in Chapala on a few rolls of Kodachrome the filmmaker bought in Guadalajara, and assembled between 1966 and 1967, Valentin de las Sierras is built of glistening, luminous abstractions and glorious, teeming sonic clamour. Baillie had begun making films in the ‘50s; in 1961, at a series of outdoor screenings behind his house in Canyon, California, he founded what would become Canyon Cinema, the San Francisco-based distribution cooperative for experimental cinema that—though currently financially imperilled, its future far from certain—remains at the heart of America’s truly independent filmmaking to this day. Valentin is the work of a mature and towering American artist, still woefully undervalued, working at the very summit of his abilities. (His films and excellent DVD compilations are available through canyoncinema.com.)

The greatest sound designer of the ‘60s American experimental film movement, Baillie is to the aural as his friend and fellow traveller Stan Brakhage was to the purely visual: a master of multilayered soundscapes, palimpsests for the ear where the music of a thousand mornings collide. In Valentin, cocks crow, hounds piss, children laugh and play, church bells clank somewhere down in the valley…or are those the clomps of the incredibly blue burro, whose black and reflective eye serves as one of Baillie’s myriad crystal balls? A plaintively strummed rendition of the corrido fuses with the ambient burble and swell all around it; the camera alights on the carved, fish-headed cane of the blind and weathered singer; sunlight dances on the bare knee of a child. We hear what we see, though always slightly dis-aligned and carefully re-intertwined, Baillie’s visual precisions and elisions matching at every moment his mastery of overlapping sound. A sundrenched hallucination built from glimpses of ponies’ ears, faces both fresh as milk and worn as a favourite saddle, and brightly coloured loteria (Mexican Bingo cards) filled with glowing suns and grinning skulls, Valentin de las Sierras is, simply put, one of the most beautiful films ever made.

J. Hoberman once described Dennis Hopper’s The Last Movie (1971) as the “most elaborate auto-critique ever produced by a Hollywood studio”; truer words have yet been spoken. The very pinnacle of the acid western (pace Greaser’s Palace, 1972), Hopper’s freewheeling “Fuck you!” and all-purpose sayonara to cinema is the very essence of the cinematic “exploded view” for which this column is named: a cosmic firestorm of beat-babble and booze-buoyed Stanislavsky, Samuel Fuller thunder and fury, and, least remarked on of all, Bruce Baillie-derived lysergia. But you knew that already. Once you’ve seen Valentin de las Sierras, there’s just no seeing it any other way. 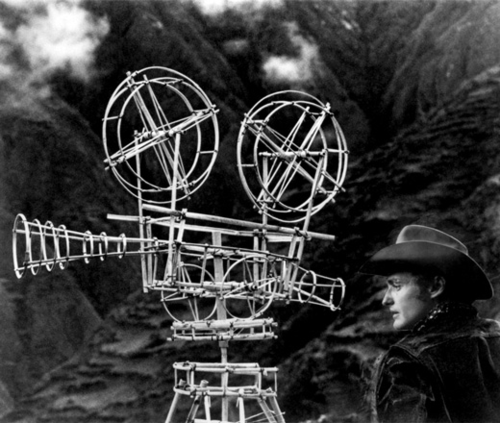 Posted in Columns, CS50, From The Magazine