Chuck Stephens/Columns, CS64, From The Magazine 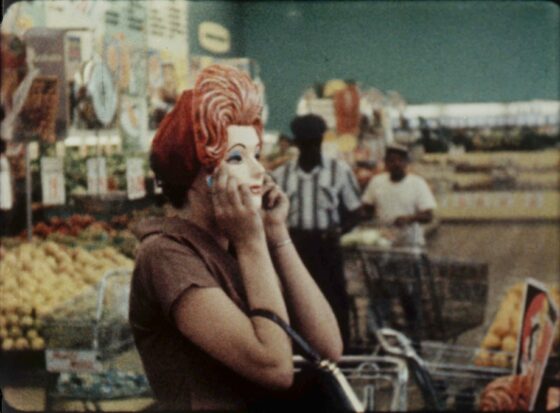 “In an early, 1960 survey of the then-nascent New American Cinema (NAC) movement, Jonas Mekas warned independent filmmakers of a regionally specific danger faced by artists working on the West Coast: ‘the shadow-killing and all leveling California sun.’…This early critique of Los Angeles cinema elucidates a distinctly heliophobic tendency structuring Mekas’ film criticism from this period: a fear of the violent and transformative impact of illumination, and particularly that suffered within the overexposed expanses of Los Angeles. While this fear is not exactly antithetical to the condition of cinephilia, it is nevertheless surprising to find a professional movie critic suffering from it, especially one better known for celebrating cinema as a mystical ‘art of light.’”

That’s scholar and programmer Josh Guilford, taking poor old Uncle Fishhook (Jack Smith’s pet name for Mekas) out to the woodshed in his mirthfully worded and necessarily corrective essay, “Against Transparency: Jonas Mekas, Vernon Zimmerman and the West Coast Contribution to the New American Cinema.” Guilford’s title promises much: an appropriately outsized nemesis (Mekas), a fantastically obscure and accomplished West Coast filmmaker (Zimmerman, whose career incorporates Ron Rice/George Kuchar-esque 16mm burlesques and Hollywood horror films), and the intimation that a vast cornucopia of films, film spaces, film culture, and film thinking that has far-too-long been left unexplored in histories of American experimental cinema is about to be revealed. And Guilford’s essay delivers, so much so as to mark it as one of the key contributions in one of 2015’s essential film books, Alternative Projections: Experimental Film in Los Angeles, 1945-1980, edited by David E. James and Adam Hyman (Indiana University Press).

The culmination of a years-long project involving the Los Angeles Filmforum, the Getty Foundation, USC’s School of Cinematic Arts, myriad symposia, panel discussions, and a screening series featuring some 300 films and videos projected in various venues and curated contexts from October 2011 through May 2012, Alternative Projections gathers all those strands and more. Historical writings by first- and second-generation giants Maya Deren and Curtis Harrington are reprinted alongside rants and revelations from lesser-known figures like John Fles, outspoken early ’60s programmer of experimental films on the Sunset Strip and at the Cinema Theater. Conference papers and newly commissioned writings provide a thousand ways of navigating the city’s polyglot cinematic neighbourhoods, with illuminated maps to homes of stars like Ed Ruscha and more-than-simply-scenic detours up the Bunker Hill of Kent Mackenzie’s The Exiles (1961) and down into canyons where confluences of experimentation and the Hollywood special-effects industry are sometimes found. A lengthy concluding section provides mouthwatering details of all the screenings assembled by programming partners Adam Hyman and Mark Toscano for the series. Oh, to have been in Los Angeles then!

Take, for one utterly sublime but still very hard to find example, John Vicario’s extraordinary 1963 film Shoppers Market, a quasi-documentary 16mm whatzit shot entirely in (and in front of) a grocery store in Santa Monica. Ken Eisenstein’s Alternative Projections essay “Vicarious Vicario” situates the filmmaker’s gorgeously coloured Cali-ethnographic footage of housewives and other larder-stockers in the context of Allen Ginsberg’s “A Supermarket in California,” William Eggleston’s first colour photography, and Warhol’s Campbell’s Soup cans. Vicario, who died in 2012, seems to have remained somewhat ambivalent about his creation, and had left filmmaking years earlier. A portrait of consumer culture that simply is pop art, without the quotation marks inherent of Warhol or Wesselmann or Godard, Shoppers Market is a comedy edited with the cutthroat dialectical precision of Peter Kubelka’s Unsere Afrikareise (1966)—jagged fragments of overheard dialogue, tinny Muzak, and jarring announcements from the store’s P.A. system colliding with images of Camelot-era Americans in their muumuus, poring over mountains of produce and packaged meats. Behold the savage maw—if you can find it. 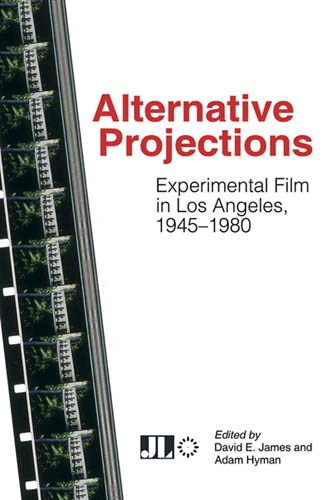 Posted in Columns, CS64, From The Magazine