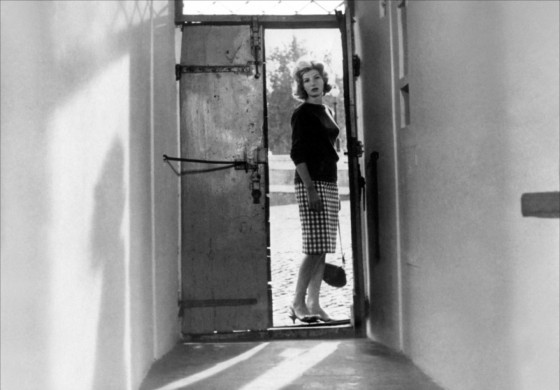 Brecht’s line becomes even more doubtful when we see that what we have chiefly left to cheer us, in the whirl and disorder of our days, are some heroes, heroines: not mouthers of ideals but practitioners of excellence, men and women who have made personal worlds in which the centers hold. They help us. And excellence that gives us a model, however distantly analogous to our lives, is a testament of possibility. Art is still one locus of such excellence, whichever art it is that speaks to you most directly.

Beyond the exquisite, carefully chosen phrasing whose ease belies its exceedingly precise construction, the unerring sense of rhythm and cadence that punctuates a luxuriously unspooling flow of words, concepts and imagery with short, sharp, functional little phrases (“They help us”), there is also in that passage something fundamental to Kauffmann’s writing as a whole, something that went largely unremarked upon in the many respectful tributes to the longtime New Republic critic upon his death in October at the age of 97. That something, simply put, is drama: in the sweeping sense of scale that cannot be concealed behind the cool judiciousness of the prose, and the utterly serious conviction that art, in its many and variegated forms, is playing for the highest stakes imaginable.

If seriousness was indeed one of Kauffmann’s most commonly agreed-upon qualities, its invocation in the post-mortem testimonials carried certain connotations with it: reputable, old-school, with an underlying implication of stuffiness. James Wolcott, in a triple-team obit in TNR, shows not a little cheek when he speaks of Kauffmann’s “sweater-vest decorum,” his “shunning [of] the rhetorical bluster and blurby hyperbole that made the ’60s and ’70s such enjoyably desperado times.” From the vantage point of today’s film critical and cinephilic culture, Kauffmann surely does bear something of the aspect of a Colonel Blimp: his canonical constellation was safely mapped around the familiar lodestars of high-art cinema (Bergman, Kurosawa, Fellini, Antonioni); he evinced precious little cinephilic love for the classical Hollywood cinema championed by the auteurists; he had harsh words for the nouvelle vague and the New Hollywood both, and he devoted the tail end of his much-referenced essay “The Film Generation” to a castigation of American underground cinema (in the Parker Tyler rather than Manny Farber sense).

As with most such summaries of a person’s taste, the above does nothing to indicate either the reasons or the nuances of Kauffmann’s judgments on these points. Nor does it indicate his perceptiveness as to the pleasures, and occasional profundities, of pop (cf. his long, laudatory review of Close Encounters of the Third Kind [1977]); his astute appreciation of the old Hollywood masters (comparing John Ford to Dickens, he writes that “To put [Ford] among the great directors of the world, as we must, is to see that the ‘pure force of genius’ is relatively stronger in Ford than in Dickens because Ford had much less freedom of choice and much less control over the finished form of his work”); or his ability to engage with non-narrative work that, in his eyes, thoroughly justified its breaking of conventional cinematic modes through the validity of its purpose and the breadth of its intellectual and aesthetic resources (his piece on Syberberg’s Our Hitler [1977] is, in its considerably different way, as essential as—and certainly more measured than—Susan Sontag’s breathless essay on the film in Under the Sign of Saturn).

If these qualifications of Kauffmann’s value judgments sound like apologetics, rest assured none are necessary—not only because Kauffmann’s views require no defending from this comparative mite, but because it was precisely those principles of value and judgment that he so unabashedly, rigorously, thoughtfully, humanely brought to bear in reaching his always conditional conclusions. Responding to Sontag’s contention, in her famous essay on Godard, that “Just as no absolute, immanent standards can be discovered for determining the composition, duration and placement of a shot, there can be no truly sound reason for excluding anything from a film,” Kauffmann writes

This seemingly staggering statement is only the extreme extension of a thesis that any enlightened person would support: there are no absolutes in art. The Godardians take this to mean (like Ivan Karamazov) that therefore everything is permissible. Others of us take it to mean that therefore standards have to be empirically searched out and continually readjusted, to distinguish art from autism; that, just as responsive morals have to be found without a divine authority if humanity is to survive, so responsive esthetics have to be found without canonical standards if art is to survive.

Some, in reading that comparison (or conflation) of aesthetic and moral standards, may choose to see the finger-wagging or millennial doomsaying of a self-appointed cultural gatekeeper. I have always regarded it not only as an essential tenet for anyone engaged in criticism, but a sign of the true ardour, and the true seriousness (shorn of any sweater-vest insinuations) which Kauffmann brought to bear in his criticism. As should anyone who is deeply serious about art, Kauffmann took failings within it as they should be taken—that is, personally. (“Fine artists make us feel proprietary about them,” he wrote in 1975, apropos of Antonioni’s The Passenger: “They invade us so strongly, become so much of the way we look outward and inward, that we can’t approach new works of theirs without a sense that we are intimately involved.”) His perennial skepticism was of the healthiest variety imaginable, born neither of easy cynicism nor of adherence to those traditional (i.e., fabricated) canonical standards whose existence, in any effectively tangible sense, he dismissed as casually as the Almighty’s. It was premised on a profound disdain of glibness, of posturing, of pretense and laziness and arbitrariness, qualities which are disagreeable enough in other spheres of existence but which are positively despicable in (what should be) the heightened and heightening realm of art. (The divination of artistic purpose, purpose both worthy and realized, was another of Kauffmann’s perennially unfashionable dedications. On Gielgud’s reading of Hamlet’s first soliloquy: “past the intrinsics, there is the sheer thrill of beautiful design: our comprehension that an artist has planned and wrought.”)

In a profession that was, and is, awash in passionate hyperbole and hyperbolic passion, Kauffmann’s emotions ran deeper and more resonantly; they move the more because they articulated themselves through his unrelenting clarity of vision. (Compare the heart- and loin-throbbing double-entendre titles of Kael’s tomes with the sober, scrutinizing, ocular-based metaphors of Kauffmann’s: Figures of Light, Living Images, Before My Eyes, Field of View, Distinguishing Features, and finally, and simply, Regarding Film.) As they should be in anyone’s work (if not necessarily certain other aspects of their life), passion and clarity are inseparable in Kauffmann’s criticism. It’s impossible to read his initial writings on Antonioni, from L’Avventura (1959) through Red Desert (1964), without feeling the palpable excitement that courses through them: excitement at the prospect of an artist who has seen deeper, further, clearer, who has used his immense facility with his art to expand the boundaries of that art, to advance it. (The first sentence of Kauffmann’s review of L’Avventura, short, simple, resoundingly dramatic: “At last.”) Along with his writings on Godard, on Jancsó, on Syberberg’s Our Hitler, on Bergman’s Persona (1966), on Allan King’s Warrendale (1967), on Fassbinder’s Berlin Alexanderplatz (1980), on Bresson’s L’Argent (1983), Kauffmann’s early, exuberant pieces on Antonioni—as well as his detailed, searching explorations of his subsequent disappointments with Zabriskie Point (1970) and The Passenger—should be required reading for anyone practising, or purporting to practise, this peculiar profession. They are not only evaluation (though they are that, incisively), not only enthusiasm (though they are that, fervently), they are engagement, of a rare (not rarefied) variety: of a writer who has refined his craft, sharpened his perceptions, and through them broadened his range of response and feeling discovering an artist whose work validates what he knows the medium to be capable of but so seldom is.

“Thus my account of debt, or a sketch of it,” Kauffmann concludes his encomium to Gielgud. “There is rigour in his life (says his acting), there is—consciously or not—a vision of a theatre, of a film, better than has been available to him most of his career, thus a vision of the world better than the one he lives in. And thus, implicitly, he performs the fundamental function of art: to criticize life.” Writing of one’s heroes is always, to some extent, an exercise in self-portraiture. Just as the practice of one’s heroes have allowed them to glimpse a vision of a better world, so their excellence allows one, on one’s considerably less exalted level, to glimpse in them a vision of a better self: the inclinations one might have, the talents one might to some degree possess, incarnated in a more perfect form. If the role of art is to criticize life, for this writer Kauffmann ceaselessly demonstrated that criticism can be a way, for those to whom it speaks most directly, to live a life in art. It’s a debt I’m glad to owe.