By Mark Peranson In Columns, CS71, From The Magazine 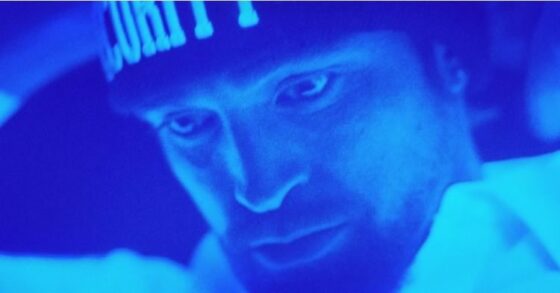 Listen guys, I’m as tired of writing about Cannes as you are reading me on it, but c’est la guerre. Some people have it in their heads that I’m entering this annual game primed for self-one-upmanship, but that’s not the case; if anything, I usually set the bar too high. This year, I went into the 70th anniversary of the esteemed festival with no expectations at all, so I was a lot less disappointed than many of my fellow attendees seem to have been—although two weeks later, perhaps due to art overload, I’m having trouble even recalling most of what I saw. Maybe that’s my problem. But look at the final results of the Screen Daily poll, one of the Cannes mainstays, and how Julien Gester and Didier Peron, critics of the French daily Libération, judged the festival: the average rating they gave to the Cannes winners was less than one star. (That’s what Screen gets for asking real critics to participate in their poll.) So I’m happy, in this regard, to stand with my liberated companions. (Resist.)

My Cannes experience came in the middle of sidebar sojourns to two of the major art events of 2017, the Venice Biennale and documenta 14 in Kassel, which both likewise left attendees feeling cold—the former due to a horribly curated main show, the latter to a politics-heavy presentation; to paraphrase Frieze, it felt like the self-hating documenta curators don’t like art. They did show a few good films in documenta, including new works by Narimane Mari, Roee Rosen, and Amar Kanwar, a Wang Bing retrospective, installation versions of upcoming works by Ben Russell and Véréna Paravel & Lucien Castaing-Taylor, and an excellent piece from Romauld Karmakar. Far from me to say that Thierry Frémaux doesn’t like cinema—the always well-prepared Cannes Classics section and his work at the Lumière clearly proves otherwise—but one could say Cannes had similar problems to the Venice Biennale. Even though it’s probably impossible to structure the festival on an aesthetically coherent basis, when it comes to Cannes these days it’s mainly a matter of taste (and, especially, a taste for celebrity). Plus, if you serve up a goddamned Alejandro González Iñárritu virtual-reality installation as a straw man, as Cannes in fact did, how could one not be tempted to burn the whole thing right down to the ground?

But to play the bon cop/bad cop game, I should note that the weather was great, the additional security measures meant there were less local pickpockets and thugs hanging around to prey upon tourists (remember the early ’00s?), and, of course, there was all the Nespresso that one could drink. The films? Well, you’ll read about some of them in the pages that follow, so I won’t go into them in detail here—but it’s important to note that 24 Frames, the last work by Abbas Kiarostami, was probably the most experimental film ever to screen in the Lumière, so chapeau to Cannes for that one (even if, at times, it made me rue the fact that cinema wasn’t reality at, say, 12 frames a second, even if that would have just made it slower). There were in fact a number of other films I liked, respected, and/or enjoyed, and some of them I would even eagerly watch again if given the time, which I don’t have; besides all the highlights covered in our Cannes spotlight I also recommend, from the Quinzaine, Sean Baker’s The Florida Project and Jonas Carpignano’s A Ciambra. (I guess that’s it. Call me Dr. No.) In fact, I’ll be doing catch-up in the next few months, as this year I saw less films than I should have due to (no joke) a bout of food poisoning from some rancid fish served at a Cannes official dinner. That should give me a pass this year for whatever I might say that could offend anyone, but maybe I should be a bit more careful what I write in the future.