Mark Peranson/Columns, CS52, From The Magazine 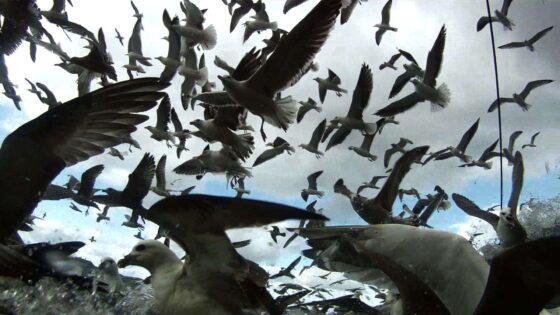 As far as I’ve been able to tell—from having had the misfortune to watch some or all of close to a thousand films so far this year—the quality of product available to festivals in 2012 is inferior to 2011. But that doesn’t excuse some of the stinkers that are making their way over to North American shores. You’ll be able to find a lowdown of many of those unnecessary wastes of DCP server space over at the Cinema Scope Online 2012 TIFF Extravaganza, just a click away, which we’re hoping will get to an unparalleled 150 reviews of films playing at the Toronto International Film Festival—famous last words. Still, even though I’ve said it before I always feel the need to say it again: there are some very good to great films made this year that, for whatever reason (not a premiere, too “arty” for the audience, distributor preference) just aren’t playing in Toronto. (These include Holy Motors, Starlet, Greatest Hits, and Somebody Up There Likes Me, all covered in the following pages, and other ones will appear in Cinema Scope 53.) But having said that, putting together a festival on the scale of Toronto is an immense and difficult task, with numerous interests having to be served. Make no mistake, there’s big money involved, and mo’ money, mo’ problems.

But there are some really big fish to be reeled in at TIFF, and other festivals this fall across Canada, beginning with the anarchy that is Lucien Castaing-Taylor and Véréna Paravel’s Leviathan, unjustly ignored by the Locarno jury at the time of its premiere. In the hard copy of the magazine, the post-human film gets full Cinema Scope treatment, and a special five-page photo spread featuring exclusive frame grabs of various scenes of this unparalleled work. And there are more pages of images: also in print only, gorgeous slides and film stills from Luther Price, whose work appears in both Wavelengths and Future Projections at TIFF. Plus, from Locarno, the lengthy transcript of a rare conversation with Leos Carax. And more. In other words, if you haven’t yet, buy a hard copy—better yet, subscribe, for about the price of a single TIFF ticket—because otherwise, you’re missing out big time.

I suppose you’ll want me to say something about Tony Scott, who died as we were putting the final touches on this issue. The outpouring of emotion at his untimely death is one thing, but the almost full-scale critical revisionism on view is really something else. Let’s not forget that at the time the article by Christoph Huber and myself appeared in Cinema Scope 29, the opening sentence rang true, as it did for the next six years: “Regularly dismissed by critics as an ADD action hack director…” Yes, some critics came around to what would be his last feature, Unstoppable (2010), but, though I prefer not to engage in virtual back and forth, I also recall that the mere mention of Unstoppable in this exact space at the time of its release made me the subject of great mockery. Fine, everyone is allowed his or her own opinion; Tony Scott films aren’t for everyone (only millions of customers who actually pay to see them with their hard-earned money, as opposed to semi-voluntarily watching them for free in press screenings). Not fine, that Tony Scott is now being hailed as a cinematic revolutionary on par with Eisenstein by critics who otherwise wouldn’t give him the time of day when he was alive. Two critics I must mention, who were all-in when it came to Scott, and whose pieces—available online—are warm and thoughtful exegesis of what made Scott an auteur: Manohla Dargis in the New York Times (www.nytimes.com/2012/08/21/movies/tony-scott-made-movies-as-a-maximalist.html) and Ignatiy Vishnevetsky, in a great piece on Mubi’s site Notebook (mubi.com/notebook/posts/smearing-the-senses-tony-scott-action-painter). Also deserving of a shout-out is Malaysian filmmaker and Cinema Scope compadre Ho Yuhang, the only person to put a Tony Scott film on his Sight & Sound top ten films of all time—though as it was True Romance (1993), nobody’s perfect.

Posted in Columns, CS52, From The Magazine