Mark Peranson/Columns, CS45, From The Magazine 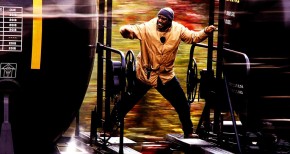 In previous missives from this MacBook, I’ve expressed the belief that the less writing about film there is in the world, the better. Such an attitude can be mistaken for a kind of cynicism, making this magazine, consequently, a kind of personal fiefdom. So because I have nothing else to do, it’s time for an about face: starting this winter, check out cinema-scope.com for a weekly supplement, reviews and reports of the same quality you’ll find in the printed issues (and quarterly web postings) of the magazine from some of our frequent contributors. Let’s not call it a blog; I will only go so far.

On one hand this slight capitulation to the realities of the 2010s—that runaway train called the internet—springs from my comprehension that, as well as films, certain film events continue to fall through the cracks. In the magazine, we have a limited amount of space to pack the world of Cinema As We Know It in. So, for example, while we might cover the “major” “premiere” festivals in print, in the weekly updates you’ll find more festival reports, as well as articles on retrospectives and the like taking place in our immediate and general global jurisdiction. This is a Canadian film magazine based in Toronto, and that’s an important part of the mandate.

The web supplement will also cover current hot-button releases, surely of varying quality. Frankly, after being inundated by the onslaught of coverage such films economically demand, a few months later the idea of writing (or editing) pieces about them isn’t all that interesting to me, but in the heat of the moment it can be fun. Certainly there are frequent readers asking themselves, “Why is there no Unstoppable review in this magazine?” After all, it is the key Hollywood film of this typically weak quarter, thanks to the typical strengths of Tony Scott’s direction and cutting, the film’s daring, forceful plunges into abstraction combined with a hardscrabble, working-class metaphysics (in this case of a runaway train being run down by an orphan engine chugging in reverse, literally physics). Maybe more people are interested in another rave about The Social Network, but we have a special attachment to Scott (and to railroads) in these parts, and the debate we began circa Déjà Vu (2006) seems to have been reignited on various places of said internet with Unstoppable (and even, I read with bemusement, piquing some attention in the academic field).

Needless to say, the model for the magazine itself won’t change, and we’ll still continue to highlight films without distribution, as in this issue’s post-festival spotlight, but also “pre-cover” extra-special stuff like ATTENBERG, Aurora, Nostalgia for the Light, and Le Quattro Volte. Situating one’s self between these two poles, while remaining trapped, does have its advantages. So even if it means working the rails a little more like Denzel on this end, if all goes according to plan by the end of next year and if we’re still around, there should be two full issues’ worth of new WikiScope content. Expanding the frame and all that, Cinema Scope Online.

One final note: the titles in the printed version of this issue are presented in a font called Jean-Luc typeface, created by Atelier Carvahlo Bernau Design in honour of the 80th birthday of you know who, made in Holland, not in U.S.A. (www.carvalho-bernau.com/jlg). If you are reading this online, feel free to purchase a copy to see for yourselves.

Posted in Columns, CS45, From The Magazine