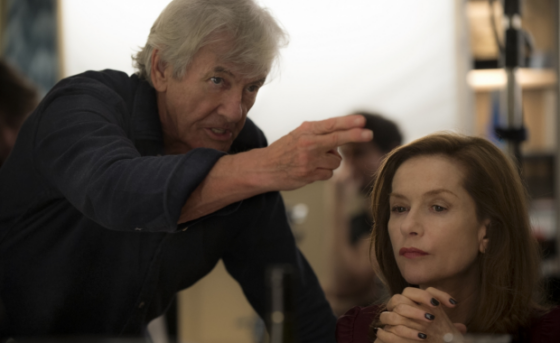 While wracking my brain about how to fill this space, I came across two realizations, one perhaps more obvious than the other, which I will explicate briefly below.

This is a good year for debut films. Bulgarian director Ralitza Petrova’s Godless was the somewhat surprising winner of the Golden Leopard in Locarno. The film was the unanimous favourite of the jury, one of whom opined that it is a masterpiece that will be as important to cinema history as Barbara Loden’s Wanda (1970), so please do see it and judge for yourself. This issue also features an analysis of Teddy (sorry, couldn’t resist) Williams’ The Human Surge, also a Locarno prizewinner, a film that surprised no one who is familiar with Williams’ shorts. (Petrova’s shorts are also worth checking out.) Both Godless and The Human Surge will screen in Toronto, as will Johannes Nyholm’s beguiling Swedish oddity The Giant (also highly recommended) and others I have yet to see that hold some promise—including some Canadian titles! Which means it’s time for a reminder to visit cinema-scope.com to relive our annual TIFF blowout, where there will be more than 150 reviews of films posted for eternity or until the internet ends, whichever comes first. (And, of course, next issue will as usual feature more extensive coverage of a selection of our favourite titles, debuts or otherwise, such as Matías Piñiero’s Hermia & Helena, João Pedro Rodrigues’ The Ornithologist, and Gastón Solnicki’s Kékszakállú, to list a few accented examples.) Other first films to which I would also like to you’re your attention are Dane Komljen’s All the Cities of the North (briefly covered in the pages that follow), Theo Anthony’s Rat Film (ditto), Kris Avedisian’s Donald Cried, and Kiro Russo’s Dark Skull. And let’s not forget Ted Fendt’s Short Stay, itself the focus of coverage in Cinema Scope 66.

This is a good year for Isabelle Huppert. And, yes, I sense the rhetorical statement already forming at your collective lips, “Tell me something I don’t already know.” Agreed: which year of the last decade hasn’t been a good year for Isabelle Huppert, she of the (according to the always-reliable IMDb) 130 onscreen credits, 65 wins, and 32 nominations? (Maybe 2010, when Madame Huppert only appeared in two not-very-memorable films, but I would argue otherwise, as she also had a guest-starring role on Law & Order: Special Victims Unit. Maybe she was acting on stage in New York at the time and found herself with a day off.) Appearing in at least five films in 2016, with three of them playing at TIFF (one appearing on the cover of this issue, Paul Verhoeven’s Elle), Huppert continues to operate at an superhuman pace, as the next year will find her in films by Hong Sangsoo (not the one in Toronto, and not the one after that, but the third one), Michael Haneke, and Serge Bozon among others; she has clearly reached the point where she has become a axiom of the arthouse cinema. I’d like to see her direct some day, but, in her own way, she does enough directing as it is.

And I’ve done enough writing. But a few housekeeping points: keen readers will also note two extremely important changes to the magazine, as part of our continuing desire to present as attractive a package as possible to our readers. At long last I have finally relented and allowed for italicized film titles in article subheadings; to be honest, it just looks better. Also, I decided to give the TV column an actual name, because, why not. Plus, as I’m sure you will pick up on, if you are holding a hard copy in your hands (and why aren’t you?) it follows an article relating to Shakespeare, and it’s very hard to resist an opportunity for a horrible pun.