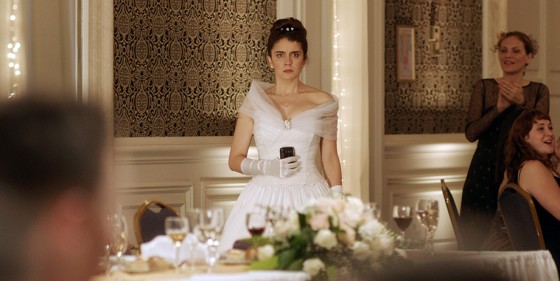 It’s a sad sign of the state of Pedro Almodóvar’s career when one is more intrigued by the projects listing his name in their production credits than the ones he himself directed. This has as much to do with the rise of frequent collaborator Lucrecia Martel into one of world cinema’s juggernauts as it does the quality of Almodóvar’s current string of “comedies.” So it came with a morsel of promise when this new Argentinian movie by Damián Szifrón—a director of whom no one had previously heard a thing—was announced as Thierry Fremaux’s token “gotcha” competition entry last April, with its lone enticing attribute being, naturally, the name of its producer.

To Wild Tales‘ detriment, it’s the closest any of Almodóvar’s productions have come to being an Almodóvar picture—which isn’t to say that it isn’t sometimes genuinely funny. Compiling six revenge-themed short films, Szifrón keeps the proceedings light even when a segment aims for more severe and dramatic tones, such as the fourth and especially fifth ones do. But even the more successful bits exhibit the kind of myopia that renders so many short films into mere one-liners. Rohmer had success in this format because he understood how to distribute his thematic weight over and across his various segments, negotiating tensions in the grander narrative space so that they impacted one another. Szifrón structures his film as if it were roller coaster, all frenzied eruptions of adrenaline in inconsequential crescendos—although he does save the biggest drop for last.