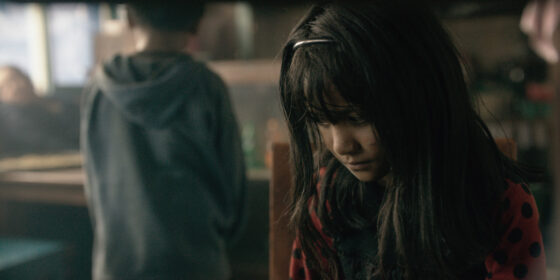 One of Sohrab Shahid Saless’ earliest masterworks is titled A Simple Event (1973), which could easily be the title—and a better one—for co-writer/director Deepak Rauniyar’s White Sun. The movie comes to TIFF direct from Venice’s Horizons section, which suggests that it may be an adventurous piece of cinema. It’s not, but aside from a few rough patches of staging and multiple servings of on-the-nose dialogue, it is a solid example of dramatic storytelling that gives equal weight to personal and social concerns. This is a balancing act that’s never easy, and for a sophomore director, Rauniyar works things with skill.

The simple event generating the drama is the death and planned funeral of the head of a mountain village in present-day Nepal. Because the dead patriarch’s two sons fought on opposite sides of the country’s bitter civil war that pitted loyalists of the king against Maoists, the funeral is the ideal vehicle to pull together a host of political and social problems, symbolized by (to modern eyes) absurd ancient funerary taboos—among them, corpses at home must never be carried out the front door, women must never touch the body, and lower-caste people must never approach it.

The story’s central irony has Maoist guerrilla Agni (his nom de guerre) submitting to these rules since he and brother Suraj, who fought for the king, are the only two able-bodied men capable of carrying the corpse down a mountain to its burial place. And, after all, this is their father. The two brothers can’t get all the way down that mountain without throwing fists at each other, leaving it to Agni to go search for another, younger man to do the job. By the time things settle down, Agni has been disillusioned by his Maoist brothers, shots are fired, and little kids find a solution to the burial problem. The finale could have been beyond cornball, but Rauyinar’s quiet touch pulls it off.