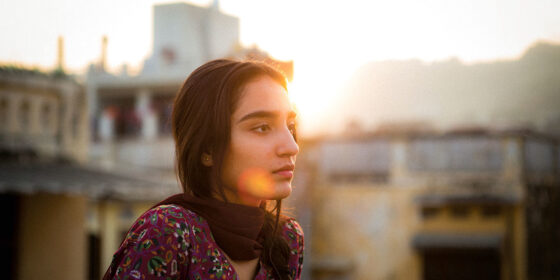 Placing a new cultural spin on the well-worn story of a young girl whose sexual blossoming comes into conflict with family values, What Will People Say is both provocative and predictable, topical but trite. The host of repercussions visited upon Nisha (Maria Mozhdah) for having imprudently succumbed to ostensibly sinful urges is the motor for this sometimes plausible, often heavy-handed series of infuriating events intertwined with moments of contrived sympathy—a sympathy that, in order to not alienate audiences, is cultivated by an insistence on Nisha’s actual innocence, and the fact that she is really only guilty of good looks, bad timing, and an unfortunate tendency to get caught. In other words, director Iram Haq plays it safe, because the family’s wrongful accusations and Nisha’s truthfulness no doubt make for a more righteous—and perhaps sellable—indignation.

The film makes a vivid and effective case against antiquated social norms and the violation of women’s rights, though often at the expense of nuance. It rushes through the multiple tipping points of the plot, and, for a film so relentlessly in defense of sexual exploration, it impetuously sacrifices Nisha’s own attempts at same for the sake of honing in on its grander message. Glossing over the delicious particularities of flirtatious entanglements in order to get to What People Will Say about them, Haq leaves little room for the actual arts of seduction.