TIFF Day 8: Wavelengths 3: I am micro 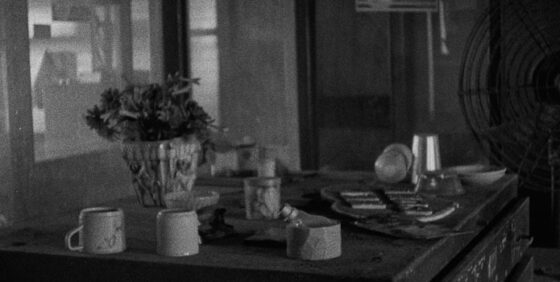 August and After (Nathaniel Dorsky, USA)

The third Wavelengths shorts programme at TIFF 2012, I am micro, takes its name from Shumona Goel and Shai Heredia’s gorgeous meditation on the decline of India’s independent film culture. In one the film’s earliest images, an eviscerated shirt hung in a derelict film lab signals the divestment of the labour that is central to cinema’s material aspirations. Navigating the interior of these industrial ruins and a low-budget movie set, Goel and Heredia craft a memento mori of an environment (or perhaps an entire industry) at risk of disappearing. The film is narrated by Indian art-cinema legend Kamal Swaroop, who offers a passionate and decidedly polemical perspective on the sacrifices required of artists, and speaks in veiled terms of his disenchantment with filmmaking. As such, the film addresses the now unavoidable fact that film is on its way out, along with the artists who refuse to let go of its indelible aesthetic. Goel and Heredia collapse the notion of film-as-goner by choosing to shoot on 16mm, blowing up the result to 35mm, and resurrecting the medium through their graceful handling of celluloid and optical sound. In a programme comprising a collection of self-referential portraits that foreground the limitations of making and being, one can’t help but read redemption in the light cast to interrupt the darkness. 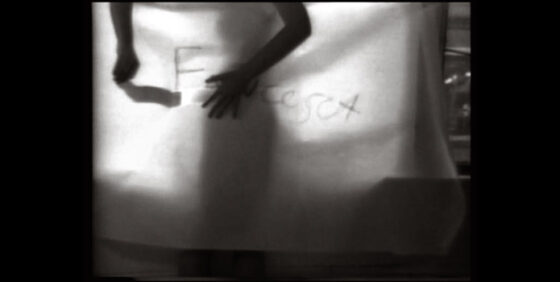 Speaking of redemption, Francesca Woodman’s videos from the late 1970s are a welcome antidote to the thanatological emphasis that, as a result of her suicide, dominates the discourse on her photographic work. This selection of black-and-white video vignettes shows the young artist alive and hard at work, exploring the possibilities of moving images and sound in her Rhode Island studio: Woodman tears through a large piece of paper bearing her name (re: identity); she uses water-dripping sounds and a slow pan up her spread legs to simulate urination; and she drenches one of her nude models (or perhaps herself) with a single, voluminous blast of white liquid. The most rewarding moment in this short collection undoubtedly comes when Woodman, rising from a floor dusted with flour and looking back on the dark impression that her body has left behind, walks out of the frame and exclaims: “That’s such a wonderful shape. Oh I’m really pleased!” Raw and revealing, these giddy experiments in motion and articulation help to demythologize our conceptions of Woodman. 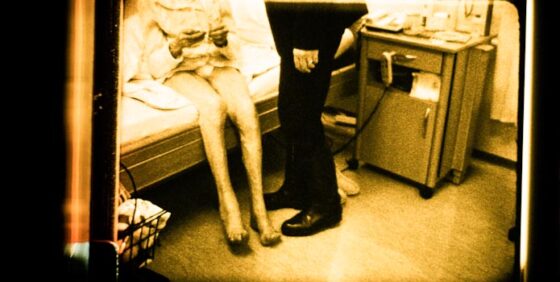 In juxtaposition to these visions of adolescent play, Friedl vom Gröller’s Ich auch, auch, ich auch (Me too, too, me too) is a frenetic, borderline terrifying portrait of that artist’s aging mother. This is a far cry from the rendering of her maternal subject through grey tones and silent frames in the 2010 Gutes Ende (Bliss): the images in this latest work quiver and streak as the camera moves out of the street and into the nursing home where vom Gröller’s mother resides; bright yellow tinting evokes the persistent scent of urine in her sterile room; and a disembodied voice—that of the mother’s logorrhea-suffering roommate—fills the space with what will inevitably amount to an incessant and prolonged swan song. 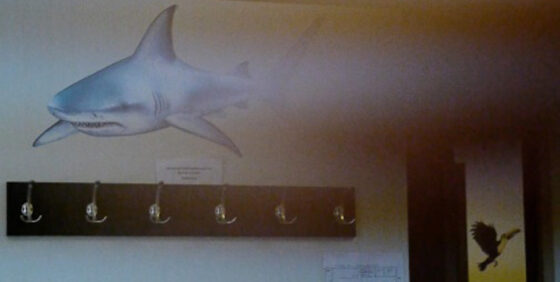 Vincent Grenier’s video Waiting Room sustains these glimpses of family and institution. Here, the artist accompanies a young relative on a trip to the doctor’s office. In this space of pain and illness, Grenier uses his camera to document/diagnose hertz instead of hurts, capturing the gorgeous emissions of a fluorescent lamp on the verge of petering out. The resulting band-moiré patterns wash over the banality of the waiting room in incandescent yellow and green tones, drawing our focus toward the beautiful demise of this artificial light source. Sadly, expiration—both mechanical and organic—cannot be stopped by the camera, only recorded. 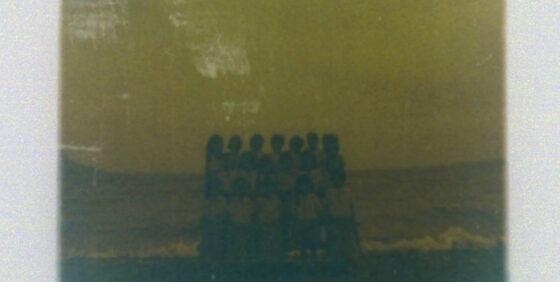 The colour palette on display in the films above matches that of Filipino collective Tito & Tito’s Class Picture. Assured in its structure and photographed with haunting care, the mysterious photo-film duo merge picture day with beach day, bringing a class of uniformed youngsters to the seashore. The resulting sepia-tinged portrait serves as a vision of compliance on the verge of restlessness and dispersion. These colours resurface yet again in the second part of Nicky Hamlyn’s Transit of Venus diptych. Photographed eight years apart in Lewes and Fiorenzuola d’Arda, both parts depict the rare celestial occurrence whereby Venus insinuates itself between the earth and the sun, an event that will not reoccur until the early 22nd century. By crediting each film’s technical specifications—including focal length, film stock, and intervalometer settings—Hamlyn stays true to his emphasis on materiality and modes of reproduction, all the while persuading us to appreciate the ephemeral nature of representation. 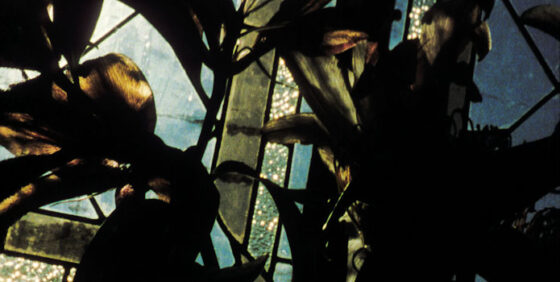 For the second year in a row at Wavelengths, and through no fault of the programme’s talented projectionists, Nathaniel Dorsky’s latest film proved too powerful for the Art Gallery of Ontario’s circuit breaker, causing a blown fuse and plunging the cinema into premature darkness. This disruption of August and After belied the film’s transcendent rhythms and restorative beauty, and was all the more frustrating due to its timing: following the film’s first and only images of George Kuchar and Carla Liss, whose respective departures inflect the film’s elegiac tone, the film stopped (not ended) with the image of a white cockatoo, traditional Christian symbol of the power and determination of the holy spirit. Upon its resurrection, the film’s imagery pushed past this trite symbol, looking to reconcile the loss through Dorksy’s unparalleled eye and (per P. Adams Sitney) through his polyvalent editing—just as lifeless store-front mannequins ascend towards the sky on an illuminated platform, so too does snow fall effortlessly to cover the resilient pine.

The programme’s final image belongs to Dorsky, and consists of an oil tanker coming into harbour. It’s difficult not to read this image reflexively, as a presage to the exhaustion of material that has become central to many a discussion about film. Wavelengths programmer Andréa Picard is not blind to the realities facing the beloved medium, nor are her colleagues. I’m reminded of a recent conversation with John Price in which he facetiously griped about how filmmakers would someday have to devise ways to manufacture celluloid privately. All jokes aside, Price’s comment underscores the determination shared by artists and curators alike to keep the projector’s lamplight on. All in all, a programme like I am micro swells like an open image, with no vanishing point in sight.