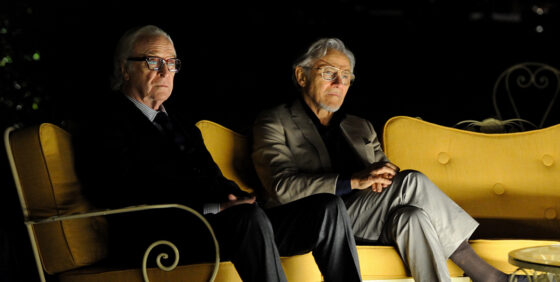 While allegedly accessing the higher echelons of world cinema, thus benefiting from bigger budgets, many recent Italian films resemble fruitless advertising campaigns, advertising nothing but themselves. In the case of Paolo Sorrentino, what might have been initially mistaken for talent has regressed into an airtight container of formulaic empty gestures, self-parodies of his own artistic immodesty. Youth confirms the descending parabola of the Neapolitan director who, blinded and galvanized in equal parts by success, has created his own market niche not from nothing, but literally of nothing. The subject of this film, if indeed there is one, is not youth but old age, but it could as well have been about beekeeping and the film wouldn’t have changed significantly. The full-blown pathology that was already clearly indicated in The Great Beauty (2013) has developed, in Youth, into a metastasis. Critics of Sorrentino often point out the discrepancies between the strength of his visual flair and the weakness of his storytelling. But the screenwriting and cinematography of his films make perfect sense together, one pompously trying to disguise the shallowness of the other. This is, after all, the fraudulent essence of his cinema. The dialogue is reminiscent of a Mexican telenovela as written by a teenage existentialist novelist, and the visual accompaniment is not dissimilar from an advertisement made for a luxury brand.

The “philosophical” subtext of Sorrentino’s latest effort, its trite meditation on the passing of time, seriously verges on the ludicrous. The perpetual need to create art even as life draws to a close, as enacted by two swollen prostates (Harvey Keitel and Michael Caine) in a Swiss resort, is really too much. At a time when all forms of creativity are subjected to the blackmail of visibility and success, is this all that Sorrentino has to say? Perhaps we should see Youth as one of the incontestable signs that creativity is indeed becoming a privilege for the chosen few. The aseptic indulgence that pains every scene, every exchange between the actors reveals precisely what this film is all about: nothing, the void. Art as the expendable reproduction of itself for its own useless sake. At some point, Sorrentino even has Jane Fonda (playing an aging Hollywood star) utter the quintessential platitude “Television is the future of cinema,” or something along those lines (Sorrentino is busy working on a TV series co-produced by Sky Italy and HBO). It will be interesting to see how Sorrentino deals with a medium that has made screenwriting into its lynchpin.