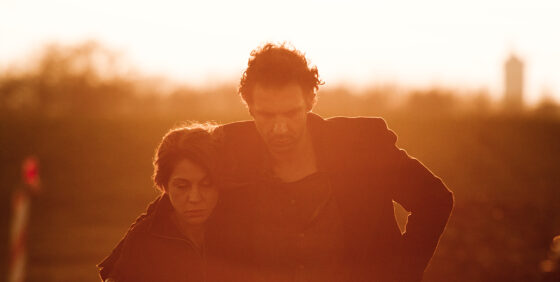 Don’t have kids—that may be the only valuable takeaway from Sebastian Ko’s first feature, in which two awful people reckon with the awful acts committed by their awful daughter. Paul (Mehdi Nebbou) and Christine (Ulrike C. Tscharre) have separated and moved on to new partners, which has been understandably hard on their 14-year-old Sarah (Janina Fautz). Her teenage rebellion takes a shocking turn when she offs her best friend in a jealous spat, drawing Paul and Christine back together when they resolve to cover up the murder.

There is a potent kernel of an idea in We Monsters, which clearly aims to be a pitch-black take on the notion that parental love can supersede both moral and judicial law. But none of the characters react in ways that are recognizably human, nor even recognizably sociopathic in the case of Fautz’s terrible histrionics as the eternally pouty Sarah. Ko’s script is tonally inconsistent, slipping clumsily between dead-serious and darkly mirthful, dully so in both instances. The worst is the final twist, which you’ll see coming from a mile away and won’t believe it’s actually happening when it finally does. It’s a graceless denouement that lands with a hollow thud.