TIFF 2015 | The Other Side (Roberto Minervini, Italy/France)—Wavelengths 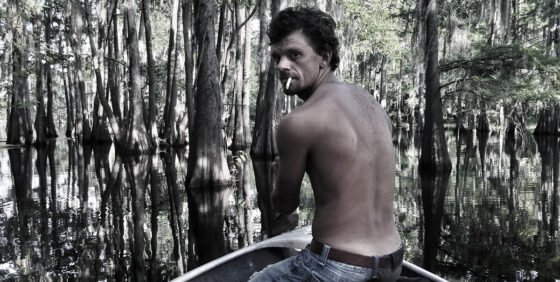 Away from the gangrenous nepotism and mafia-like favouritism that govern the film industry in Italy, Roberto Minervini has found a way to transcend his accidental birthplace and its current idea of cinema. The Other Side is set in Louisiana, among the communities of white lumpenproletariat very much removed from the redeeming connotation that this Marxist formulation would suggest. Minervini has been observing these communities throughout his filmography with neither ethnographic pretensions nor sentimental bias, counting on that rarest of all aesthetic devices: human empathy. His camera, always discreet yet not at all detached, frames the world in front of it with no theories to prove or political prejudices to confirm. There is instead a humble curiosity that allows the director to enter his characters’ universe without imposing his point of view, letting the dimensions of their lives come through as naturally as recorded life can be. The social context of his films is never the focal point—the emotional vexations of the protagonists are what gradually emerge from his penetrating observational perseverance.

The Other Side is ostensibly split into two parts, the first one following a meth-head and his girlfriend, while the other enters a community of ultra-libertarians getting ready to fight the American government before, they believe, it cracks down on them. The two “chapters” share something that goes beyond their social and geographical setting, namely the ability to disclose the humanity inherent in situations that the average art-moviegoer wouldn’t hesitate to consider inhuman. This seems to be the highest achievement of Minervini’s cinema, namely the successful obliteration of the cultural prejudices that a filmmaker inevitably comes equipped with. In The Other Side the spectator enters a world alien to his own with a subjective purity that is something much more precious than what “European” films usually have to offer. It is that basic formal honesty that makes The Other Side a film to be felt and experienced for what it does to you rather than for what it is supposed to mean. This is a lesson in expressive probity so many filmmakers, not only in Italy, would benefit from. As opposed to that legion of films seeking the alchemical perfection of art-house marketing, it is refreshing to see that sometimes films get made because someone has something to say or to show us.