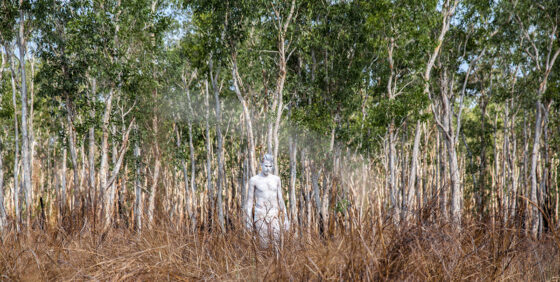 Australian choreographer Stephen Page has made his name as the director of the Bangarra Dance Theatre, reinvigorating Aboriginal dance for a modern audience. His feature-film debut Spear plays out like a minimalist musical, loosely following Djali (Hunter Page-Lochard) as he navigates the fluid and complex space between his indigenous heritage and a homogenous Australian society. Spear is indebted to Wim Wenders’ Pina (2011), with Page staging his lyrical vignettes outside the dance studio as Djali glides through sequences set in the Outback and eventually into the urban environments that have encroached upon his people. Page is a gifted choreographer, crafting highly politicized images of indigenous bodies reoccupying and commanding mostly white cultural spaces.

The problems that frequently plague translations of a stage-based art into a cinematic form are unfortunately also present in Page’s debut. The comparison to Pina is also salient in this respect: where Wenders confidently allows a shot to linger on a complete series of gestures, Page succumbs to the temptations of the editing bay. He often cuts and reframes before dancers have a chance to complete a movement, an impulse likely driven by a shaky understanding of how to maintain kineticism on film. It has the effect of eliding the spatial relationship between his subjects’ bodies, which regrettably undermines his central thesis. It’s a freshman hiccup that mars an otherwise visually striking film.