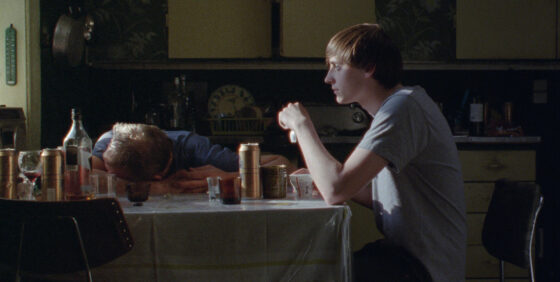 A shoegazer’s kitchen-sink drama, Sparrows trails a sensitive Reykjavik teenager to his father’s home in the hardscrabble north. The land of the midnight sun lends this coming-of-age story a nice bleary texture, and second-time director Rúnarsson is every bit as attentive to the interiors of the fishing village—crappy wood-panelled homes strewn with empty bottles—as to the magnificent landscapes outside. That said, in spite of its artfully slow pace Sparrows is bustling with cliché: the alcoholic father, the plucky grandmother, the childhood friend and her asshole boyfriend, the wizened co-worker, and the headphones-wearing artist figure as protagonist. We would almost certainly have more stake in these characters had Rúnarsson plunged into the particulars of teenage partying and factory work in Iceland’s outer reaches. As it is, the narrative’s attenuated dreaminess (scored by Sigur Rós keyboardist Kjartan Sveinsson, natch) can’t help but seem like a set-up for a climactic scene of sexual violation—a trauma that the film, like its protagonist, seems woefully unequipped to handle.