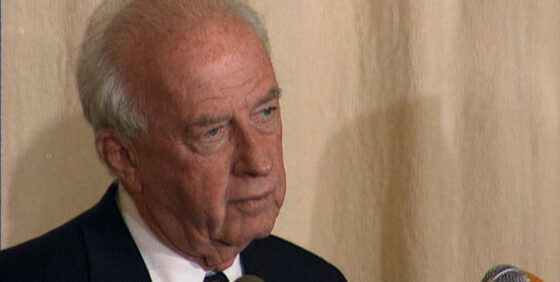 In a meditative and torrential fashion, Rabin, the Last Day thoroughly analyzes the socio-political environment that, according to Amos Gitaï, triggered the 1995 assassination of Israeli Prime Minister Yitzhak Rabin, the last reliable hope for peace in the Israeli-Palestinian conflict. Avoiding the languor and affectation of many Gitaï films while remaining faithful to the director’s trademark long-shot style, Rabin, the Last Day works as a stunning example of political filmmaking imbued with a sense of formal and conceptual freedom.

Combining footage from the wave of increasingly hostile protests against Rabin’s peace plan (instigated by the Likud and visibly agitated by current Prime Minister Benjamin Netanyahu), a re-enactment of the Shamgar Commission’s official inquiry, and fictional takes on the figure of murderer Yigal Amir and the most extremist factions of Judaism, Gitaï builds a kaleidoscopic, distressing situation map that reflects the desolation of a filmmaker, and a whole nation, devoured by a culture of confrontation and hate. In the vein of the Italian political films from the ’70s Rabin, the Last Day manages to feel both historically accurate and eloquently contemporary, to a large extent thanks to its free-flowing, anti-chronological structure. As expected, from the first scenes wherein Shimon Peres recalls the courage of his late comrade, Gitaï never hides his position. However, this reflexive thriller manages to escape the trap of sloganeering by adopting a certain detachment and casting uncertainty over its factual chronicle, where the possibility of conspiracy hovers over the proceedings like a macabre shadow.