TIFF 2015 | No Men Beyond This Point (Mark Sawers, Canada)—Vanguard 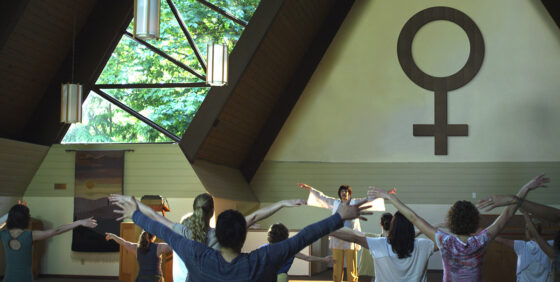 Providing a welcome counterpoint to the pregnant pre-teen boys in Evolution, Mark Sawers’ documentary traces the rise of the Virgin Birth in the latter half of the 20th century, the redundancy of the male sex, and anticipates man’s imminent extinction as womankind inherits the planet. This is all in jest, of course—a mockumentary, if you will—but also sci-fi and sex comedy. Sawers’ first feature Camera Shy (2012) also had an ingenious conceit (the film’s local politician anti-hero was trailed everywhere 24/7 by a reality TV crew, if only in his head), but couldn’t quite transcend its micro-budget limitations. Aping a conventional talking-heads format this time out, Sawers demonstrates a stronger grip on the material and delivers a witty commentary on the gender gap. Set more or less today, but revising the history of the last 60 years, the film posits 37-year-old Andrew Myers (Patrick Gilmore) as the last-born male, the youngest man on earth. He’s working as a caregiver for a conventional post-nuclear family (two mums, four daughters), cooking and looking after the kids. Most of his sex live in sanctuaries, safe but slowly dying out, while the dominant majority of humanity gets on with the job of running the planet.

Sawers has fun teasing out the implications of such a scenario: Christianity is out, along with the space program and sexual intercourse, and harmony prevails across the united nations. Meanwhile, interviews with Andrew and his two mistresses suggest that this brave new world hasn’t quite worked out all the kinks yet. Guys may have outlived their evolutionary purpose, but at least some women still feel fondly towards them. Think early Woody Allen (Sleeper meets Zelig), minus the sexism and the slapstick.

Tagged with → Canada
TIFF 2015 | I Smile Back (Adam Salky, US)—Special Presentations Stephen Chow: A Guide for the Perplexed