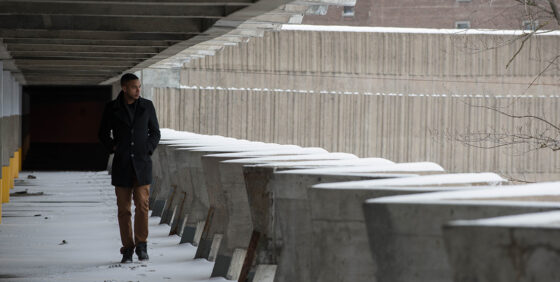 It’s an all-too-common predicament when viewing a documentary to have to overlook a work’s technical flaws in order to appreciate the potency of its subject matter. To wit, Double Happiness (1994) director Mina Shum’s first nonfiction outing is yet another example of an inherently interesting topic existing within the body of an otherwise mediocre movie. Shum combs university archives and local Montréal news footage to document the two-week student protest at Sir George Williams University in 1969, when a cadre of black students lodged a formal complaint against computer sciences professor Perry Anderson, citing racial bias in his treatment of them in the classroom and in his evaluation of their work. After months of inaction by the university administration, a public meeting designed to deal with the situation finally took place, and was presided over by an appointed committee of Anderson’s colleagues. Fed up with the institution’s reverse kangaroo-court proceedings, students rallied to action by taking up residence in the SGWU computer lab for a 14-day sit-in—until police intervention turned what had been a peaceful protest in to a full-blown riot.

The archival material in Ninth Floor is incendiary and unforgettable; it’s the connective tissue of Shum’s film that underwhelms. Visual metaphors range from inscrutable (innocuous interviews made to look like hidden-camera security footage) to laughably obvious (a slow-motion clip of a computer keyboard being smashed to the ground is especially egregious). Shum admirably does the work of tracking down student protesters and relatives of key players in the occupation for comment, but though their contribution to the story is vital, the editing in these segments is shaggy, as oftentimes tangential asides are given too much precedence over more salient observations. But as a record of violence incited by institutional racism in Canada’s not-too-distant past, Ninth Floor is worth a look—especially considering how the decades-old news footage looks painfully similar to contemporary images of racial unrest in Ferguson and beyond.