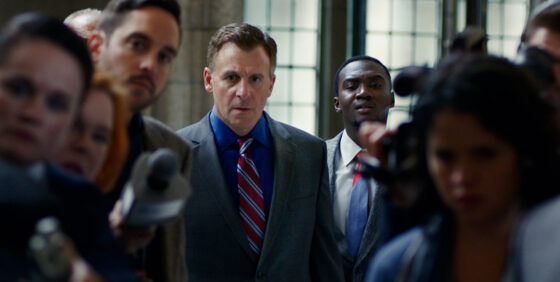 Good commercial Canadian directors are hard to find—except in Québec, where money and audiences exist to make the effort seem worthwhile. Yet none of the province’s hitmakers have accrued the critical cred of Philippe Falardeau, whose cinema perches an agile seriocomic sensibility atop sturdy mainstream structures: the coming-of-age nostalgia of It’s Not Me, I Swear! (2014); the noble-pedagogue drama of Monsieur Lazhar (2011). Falardeau’s last movie, The Good Lie (2014), trafficked less in white-saviour stereotypes than its horrible ad campaign would have you believe, but it was still disconcerting as a Ron Howard-produced crossover move for a filmmaker who had previously invited international audiences into his own local milieu. As its title suggests, My Internship in Canada finds Falardeau back on home turf. The intern in question is Souverain (Irdens Exantus), an enterprising Haitian youth comically (if inexplicably) drawn to a rural Québécois riding and its affably unaffiliated M.P. (Patrick Huard). As the film opens, Souverain is eager to learn about a parliamentary system that strikes him as exotic. The idea that Canadian politics could ever strike outsiders as exciting is the central satirical mechanism here, and while the basic plotline and bustling backbencher atmosphere are clearly on loan from In the Loop (2009), Falardeau does a fine job showing how the practical and ideological conflicts we take for granted point toward larger contemporary realities. And speaking of pointing toward reality, this largely good-natured comedy’s villain is a Stephen Harper manqué whose behind-the-scenes scheming verges on the Machiavellian and who is referred to by the film’s most obviously trustworthy character—a left-leaning teenage girl with dyed hair—as a “fascist.” Out of the mouths of babes, am I right?