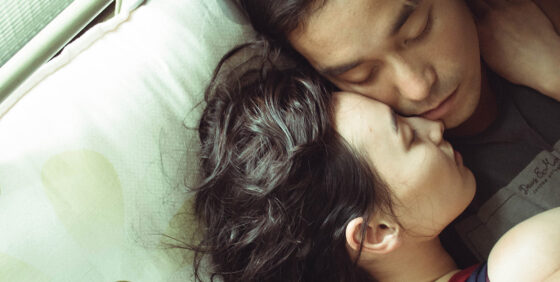 Sylvia Chang’s newest film is the illustrious actress-director-writer-producer’s best since Siao Yu (1995). Murmur of the Hearts is a sophisticated family drama whose emotional force sustains a narrative of ambitious power and range. Nan (Lawrence Ko) and Mei (radiant Macanese star Isabella Leong, in a long-awaited return to the screen) are a brother and sister growing up on Green Island, near Taiwan, nurtured by their mother’s (Angelica Lee) fairy tales of mermaids and angels. After their parents separate, four-year-old Mei goes to Taipei with her mother, while seven-year-old Nan stays on Green Island with his father. Nan grows up to become a local tour guide, estranged from his family, while Mei returns to Taipei as a young woman and struggles to become an artist. Mei’s boyfriend, Hsiang (Taiwanese heartthrob Joseph Chang), is a boxer with his own ghosts to battle. When Mei finds out that she is pregnant with Hsiang’s child, memories of an unhappy childhood return to haunt her.

Murmur of the Hearts’ gorgeous cinematography and lush soundscape create a palpably beautiful environment of nostalgia, longing, and mystery where past, present, fantasy and reality mingle to impressive effect. Occasionally one senses the film straining a bit to encompass its ambitious range, but it would be churlish to criticize Chang for pushing her filmmaking right to the edge of her comfort zone. Her film asks quiet, urgent questions about the meaning of our lives, and doesn’t hesitate to reward its audience with glowing intimations of a reply.