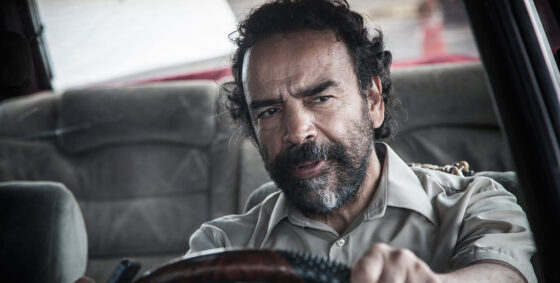 Extortion, kidnapping, violence, corruption, brutality—all those nouns are applicable to a whole vein of Latin American films celebrated in almost all the international film festivals that follow the successful and much trodden path of squalour and sordidness. In this adaptation of Alonso Cueto’s novel La pasajera, cab driver and ex-soldier Magallanes (Damián Alcázar) who is nonetheless still under the orders of his superior officer—a colonel played by Argentinean actor Federico Luppi—meets by chance an indigenous woman, Celina, whom he and his officer abused during the war on domestic terrorism in Ayacucho. Magallanes tries to make up for the pain they caused their victim with money obtained in a kidnap/extortion that would eventually help Celina to cover the final mortgage payments on her beauty parlour (as well as supporting her disabled son). This debut behind the camera by Salvador del Solar—an athlete, lawyer, and famous actor in his native Peru—is both ambitious and clumsy: the opening jump cuts where we see Magallanes driving his taxi, the high-angle shots used to show the protagonist as he sleeps, and the slow travelling shots that follow some actions are purely ornamental aesthetic decisions that attempt to gussy up a by-the-book film that illustrates and, hence, tries to offer a moral message about the guiltiness of the most reactionary sector in Peruvian society. Magaly Solier as Celina is almost never seen throughout the film, until in one of the closing scenes—which is far better than the rest of the film—she demonstrates her talent as her character expresses, in Quechua, all of her indignation and dignity.