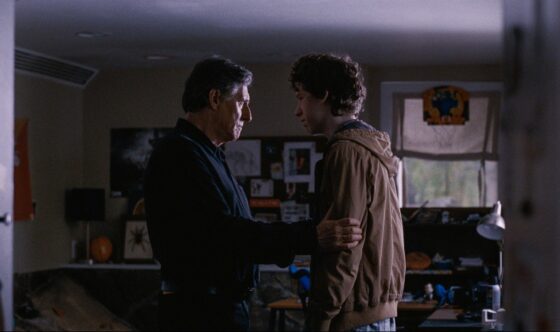 Norwegian director Joachim Trier’s leaden English-language debut is a study of a dysfunctional family in turmoil, surveying grief, lack of communication and painful secrets (as well as the generational gap) between a schoolteacher father (Gabriel Byrne) and his sons (Jesse Eisenberg and Devin Druid) as they cope with the loss of the family’s matriarch, a famed war photographer (Isabelle Huppert) who, three years after perishing in a car accident, is about to have her life’s work celebrated in an exhibition. Much of the drama is drawn from memory and images, with the exhibition functioning as a catalyst for the release of painful supressed feelings.

The family never quite coheres, and the scenes with Byrne’s overdetermined yet underdeveloped character are especially unconvincing. In keeping with the youth-oriented interests of Trier’s breakthrough Reprise (2006), Druid’s coming-of-age trajectory fares better; in fact, he’s essentially the only real character in the film. The story fixates on questions regarding the verity of the family’s official history, emphasizing the moral and psychological dilemma emerging from the schism between image and reality. Ultimately, the film is loaded with too many themes that can’t be unified in any satisfying way. Indeed, Louder Than Bombs is an apt title for a drama so disorganized and fraught with bombast. There are enough emotionally intelligent fragments to lure you in during the film’s more ambiguous first half, but Trier pushes the bathos until it simply becomes too clamorous by half.