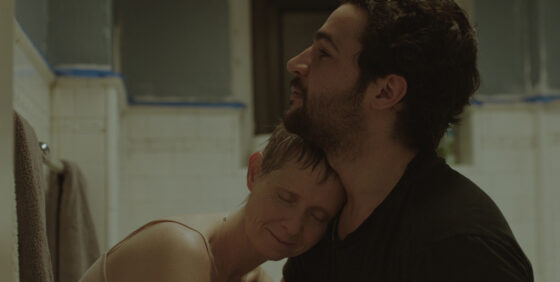 On paper, Josh Mond’s personal and almost unbearably sad debut James White seems to exhibit the same tendencies that have become the signature brand of his Borderline colleagues, whose intelligent and precocious output has been driven by a depraved depiction of human nature with a grim sensibility that already feels out of fashion in the increasingly spry American indie sphere. It’s been three years since Antonio Campos’ sophomore effort Simon Killer (2012) left a foul taste in the mouth with its pointless and brutal study of an American sociopath in Paris, and James White’s synopsis describing a study of a “troubled twentysomething” on the brink of implosion hardly sounded like a deviation from the Borderline trajectory.

But it turns out that Mond has more of an interest in Pialatian character psychology and emotional coarseness than the thesis-driven thematics that shape his colleagues’ work, infusing his film with moments of levity that feel neither dispiriting nor foredoomed. Humble and unpretentious, James White is a frank portrayal of a young man (Christopher Abbott) who, shortly after his estranged father dies, learns that his mother’s (Cynthia Nixon) cancer has returned with a vengeance. Just before being dealt the stifling responsibility of being her caretaker, James begins dating Jayne (Makenzie Leigh) after meeting her on vacation in Mexico, and is prepping for a job interview with New York Magazine—two additional responsibilities that dually serve to relieve and complicate his duty to care for his progressively ill mother.

The film, then, becomes a matter of watching a fundamentally lazy individual attempt to distribute his time and energy in such a manner that he can feel he’s satisfied the requirements for maintaining all of his loving relationships. One of the small miracles of Mond’s handling of this scenario is that his movie’s gaze never becomes sentimental or moralistic. Rather, it is a raw and thoroughly honest stare into the decomposition of those essentially ephemeral entities that we feel most accountable for—of memories, bodies, social standings, and the relationships we have with one another. And the film presents itself to us unconcerned with the burden of meaning; it just begins, and it just ends—it simply is, and it feels all the more primal because of it.