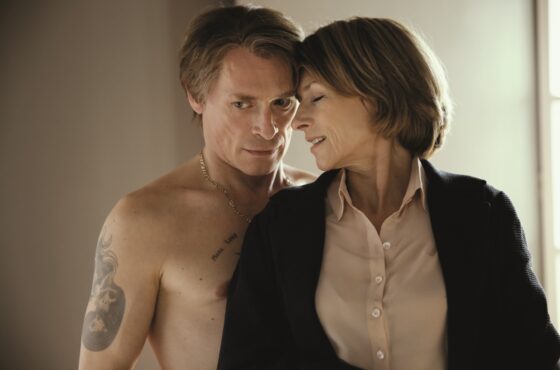 About three-quarters through Elisabeth Scharang’s film about the Austrian murderer turned literary sensation Jack Unterweger, the reformed and released killer is excited to meet with a leading European filmmaker (identified as “Neumann”). Neumann receives him politely, but not with the enthusiasm Jack has become accustomed to. “Don’t try to be an artist,” the director advises the published poet, “You don’t have the stature.” As to filming Jack’s memoir, his verdict is even more crushing: “You wrote some poems in prison and secured your release… Why should anyone want to watch that?”

Well, Scharang answers that question convincingly—though Unterweger’s subsequent, precipitous decline in fortunes certainly supplies her with a more intriguing last act than Herr Neumann could have foreseen. It’s not Jack’s (dubious, judging by the snippets we get) literary merits that command attention, but his sexual charisma, and the way that women, especially, respond to him. Three, in particular: first, in the prologue, his passive and pathetic accomplice in a string of robberies, culminating in abduction and murder; then, 15 years later, Marlies (Birgit Minichmayr), the journalist who gets his work published and introduces him to Vienna intellectual society; and thirdly, Susanne (Corinna Harfouch), the successful, married, middle-class architect who sets him up in a stylish apartment and stops by for sex when she can. What do they see in him?  His features etched across his face like the mask of a tragic clown, Johannes Krisch (Revanche) fully embodies Unterweger’s swagger, charm, and self-belief, and—the other side of the coin—his intensity, anger, and self-doubt. It’s a knockout performance in a crisp, compelling film.