TIFF 2015 | In the Shadow of Women (Philippe Garrel, France)—Masters 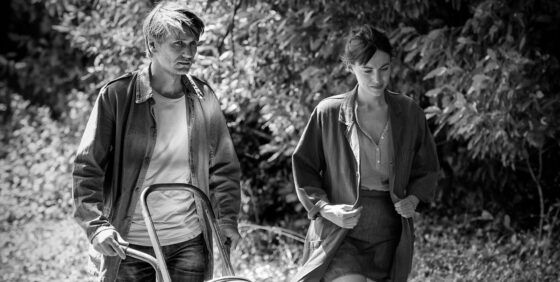 Multi-layered narrative ironies are generated by the complications that ensue when Pierre (Stanislas Merhar) and his wife Manon’s (Clotilde Courau) relatively placid life as documentary filmmakers is threatened by the disruptive charm of the young and lissome Elisabeth (Léna Paugam), an intern at a film archive whose resources seem to hold the key for the couple’s investigation into the background of a purportedly heroic Resistance fighter. Pierre’s affair with his protégé, which he initially juggles quite successfully with his marital duties, is upended by his wife’s decision to take a lover herself. In a casual, supremely non-didactic fashion, Garrel skewers male hubris. Louis Garrel, whose forays as a director have proved less impressive than his father’s (and a heartthrob who might well have been cast as the caddish Pierre) is the off-screen narrator.