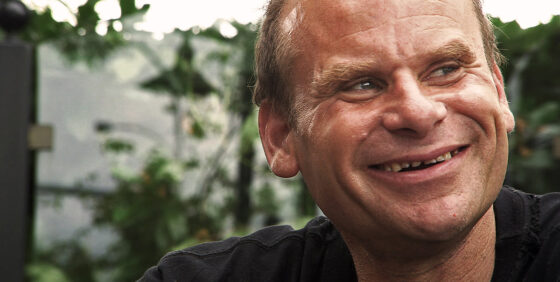 Real-life stories don’t come much more metaphorically resonant than that of Steve Fonyo, the B.C.-born amputee who followed in Terry Fox’s footsteps in a cross-Canada run for cancer research in 1985—an inspirational route that has led him 30 years later into total ruin. The mystery of how a national hero was so severely diminished in every aspect of his life is at once addressed and sidelined by Alan Zweig’s film, which is more interested in Fonyo as a kind of picaresque character—hobbling, drug-addled but unbowed, between rundown homes and romantic partners—than as a case study in self-destructive celebrity pathology. Zweig has always been a good listener and interviewer, and the rapport he finds here with his subject has the warmth of genuine friendship, which means that at times he speaks up supportively and judgmentally. It’s a putative violation of documentary ethics, which of course strengthens the emotional core of the work: it’s clear that Fonyo is a person who people care about, usually in spite of himself. What weakens Hurt is the clichéd formalism imposed on the material: the obtrusive slow motion and hectoring music cues that are meant to make it a more fully “cinematic” experience but which undermine its overall impact. Then there’s the question of the ending, which is at once a vivid illustration of how reality can derail the best-planned narratives of artists and civilians alike, and a grandstanding power play by a filmmaker whose previous work has thrived on understatement.