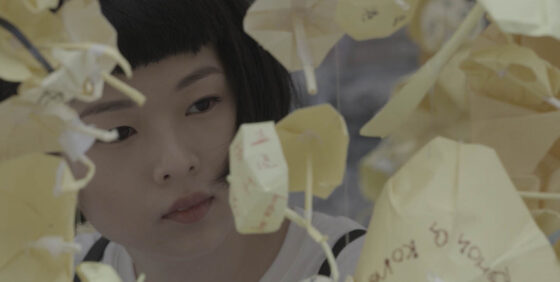 Christopher Doyle’s status as one of the greatest living cinematographers in the world seems utterly beyond dispute at this point, but his two previous at-bats as a director have been uneven affairs, to put it kindly. This experimental nonfiction film—one can’t really call it a documentary, for various reasons—is easily Doyle’s finest work as an auteur, probably because he hasn’t saddled himself with the laborious task of following a narrative. Instead, Hong Kong Trilogy is an impressionistic consideration of three different contemporary populations in HK.

The first part allows a loosely knit group of children to speak of their interests, dreams and fears (bullying, animals, hip hop, Jesus, etc.) Part two is a somewhat more focused look at the Umbrella Movement, Hong Kong’s iteration of Occupy. Not only was it unusually successful, but the participants were much more invested in creating an alternate vision of a working society than other, more anarchist versions of the movement. (This is partly due to Hong Kongers having one clear rallying point: full voting rights.) The final section deals with the elderly, in particular a speed-dating service. This permits Doyle to cast a glance at the city’s more active seniors, providing a youth-to-old-age structural arc.

Not all of the segments are equally rich. The “Preschooled” segment becomes repetitive and a bit twee well before its conclusion. But the film rallies in its second and third sections, and they retroactively enrich the first. All of the citizens in the film are “acting” as staged versions of themselves, and Doyle engages in obvious manipulations, particularly by having certain objects (water bottles, egg custard pies) and characters (the bespectacled “Beat Box,” a perverse drunkard Aussie called “Teacher Kevin,” and others) serve as formal throughlines. This is no Iranian exercise; in fact, it rather resembles a Chinese riff on the cinema of Pere Portabella. And, needless to say, almost every frame is ridiculously gorgeous.