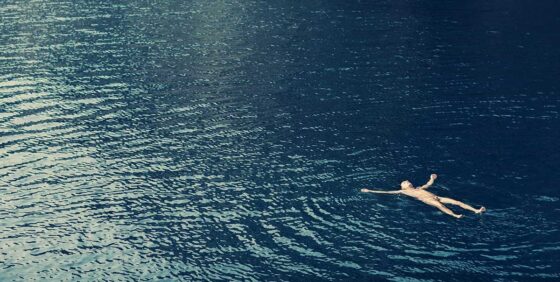 More funny games from the ringleaders of the New Greek Cinema: in a country that invented bread and circuses before Rome was even a gleam in a she-wolf’s eye, Athina Rachel Tsangari and her merry band are willing and able to make their own fun. In lieu of comparisons to Yorgos Lanthimos’ Dogtooth (2009) or even Tsangari’s own ATTENBERG (2010), let me say that the first movie I thought of during Chevalier’s very first scene was Beau travail (1999); something about a gathering of shirtless men shot wryly through the eyes of a woman, I guess. No less than Claire Denis, Tsangari is interested in the rituals and ridiculousness of men in groups, but this yacht-set comedy is no Boat travail: its sextet of male protagonists are not legionnaires but leisure-seekers, whose cozy co-existence on the luxury vessel suggests a floating equivalent to a no-girls-allowed treehouse. Out of this self-contained gathering springs an idea for a competition to find the group’s all-around alpha dog, complete with a prize in the form of a signet ring. And so Chevalier unfolds as an alternately goofy and elusive comedy of one-upmanship, as the participants devise an elaborate point system for quotidian things and scribble furiously in private notebooks. The point (of the contest, and of the film) is predictably and suggestively nebulous, but those keeping score should note that Tsangari isn’t a high-handed director. Anybody who calls Chevalier pretentious or oblique should note that there is at one point a literal dick-measuring scene. And anybody who doubts that the film’s trivial pursuits belie a cutting, Buñuelian subtext should watch the final exterior shots carefully, and ask themselves how self-contained this fable of ornate isolationism really is. (+5 points for lip-synching to Minnie Riperton.)