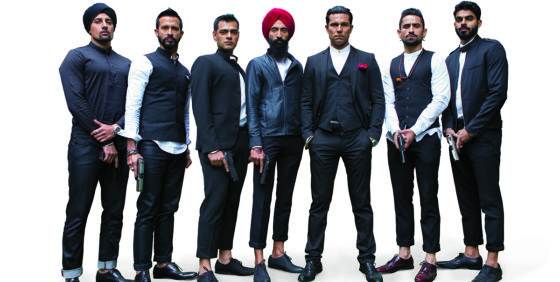 The new Deepa Mehta movie chronicles a territorial war between competing Sikh gangs in modern-day Vancouver. While based, to whatever extent, on a true story, it is rigorous in its adherence to genre clichés. We’ve got a bunch of guys who curse a lot and kill a lot and boast a lot—the word “respect” is rapidly drained of meaning. We’ve got the leader who does truly awful things, covets his bling, and talks like a total asshole, but also loves his parents (with whom he still lives) and his little boy (who idolizes him), and seduces a blonde dunce who gets locked up in a luxury high-rise and takes too many drugs until she becomes sad and hysterical (because what else is there for kept women to do in these movies?). We’ve got the rise-and-fall trajectory and a parallel trajectory that, without giving too much away, feels like someone took notes while watching a certain recent Oscar-winning crime movie. We’ve got the requisite spurts of eccentricity—I did like how the leader claims to be into environmentalism and looks up to David Suzuki—and we’ve got the protégé who is in way over his head.

There is, of course, no reason why cliché gangster movies shouldn’t be represented in the full spectrum of Canadian culture. The only reason, then, for not making Beeba Boys would be to contribute to the full spectrum of Canadian culture in a way that’s interesting or inventive or says something distinctive about the culture in question—something Mehta has certainly striven to do in other projects. I just can’t think of anything particularly novel or worthwhile about putting Sikhs in Dick Tracy suits and putting them through some warmed-over Scorsese/Guy Ritchie/Troy Duffy paces en route to a nonsensical climax. There are, however, some fun bits: who doesn’t want to see Paul Gross in a topknot?