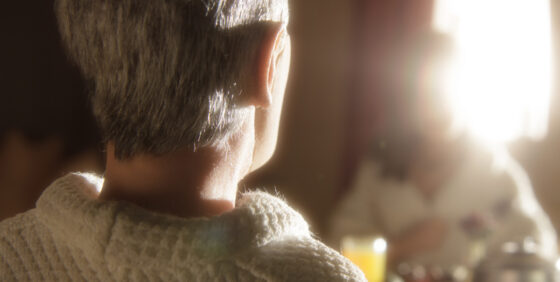 Charlie Kaufman has been sorely missed. It’s hard to believe that following his series of screenwriting smashes in the early 2000s, and his underrated directorial debut Synecdoche, New York (2008), he slipped under the radar for a good seven years. His comeback feature Anomalisa has grown out of the eponymous play he directed ten years ago, translated now into stop-motion puppet animation through a Kickstarter campaign launched jointly with co-director Duke Johnson. In Anomalisa, Michael Stone (voiced by David Thewlis), author of the best-selling customer service bible How May I Help You Help Them?, gives a lecture in Cincinnati where his ex-lover still resides, his son demands presents over the phone, and the whole world makes the same noises. (Quite literally so: all the characters except Michael are voiced by the same actor, Tom Noonan.) At his hotel, Michael all of a sudden hears the first new voice in years, which belongs to an awkward, insecure, badly scarred girl named Lisa (Jennifer Jason Leigh), who is in town specifically to see Michael.

That’s about it, plot-wise. Kaufman’s lugubrious tone is instantly recognizable, and yet the final result showcases his most linear and consistent work to date (save for a signature nightmare scene). With its limited choice of locations, languorous rhythm, and pervasive atmosphere of despair and defeat, Anomalisa plays out like an improvisational piece (it’s no coincidence so much attention is paid to sound design) or one of the songs Kaufman composed for his first foray into directing. Australian film critic Andrey Arnold draws an apt parallel between the film’s mood and that of “Little Person,” the end-credit tune from Synecdoche. This small movie is glaringly ill-fitted for the festival hubbub, so tender and soft and hand-crafted does it feel.