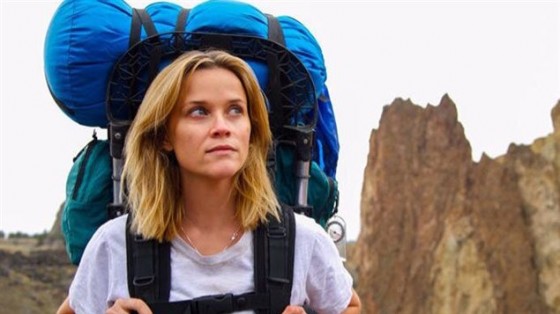 (N.B. This is presented absent any editorial intervention.)

There is a real problem when even Steven Spielberg is confused about the state of modern cinema. It needs to be said: The old ways of doing things is over. And there needs to be the creation of a new system. Jean-Marc Vallée is the phoenix to arise from these ashes. He does so by building upon Steven Soderbergh’s independent filmmaking model of attaching himself to movie stars (that usually take a producing credit) who want to change their public image and experiment with more challenging roles. Matthew McConaughey and Jared Leto lost all that weight for Dallas Buyers Club and Reese Witherspoon was physically challenged for Wild. Not only are these actors able to reinvent screen acting they also create conflicted and irreconcilable characters that speak to our frightening times. But Dallas Buyers Club and Wild aren’t perfect, either. The healthcare scaremongering of the former could easily overshadow its urgent message of bureaucratic resistance and grass root solidarity. While Wild easily falls into the recent trend of outdoor trek movies and is being marketed as palatable upliftment. But what actually makes them note-worthy is that just beneath their surface plot markers, Vallée’s cinema is rooted in a deeply felt personal gesture that can be traced back to C.R.A.Z.Y. and Café de Flore: That of being dropped into an unwelcoming world, helpless. Unlike other Canadian directors, Vallée doesn’t rely on local funding bodies and our national spotlight (one reason for his obscurity). But this does not exclude him from still being a personal artist. In interviews for Wild Vallée speaks of how the film is a tribute to his late mother (“I was crying like a baby when I read the book”). Vallée’s two American films is that of a cinema of orphans – recall Matthew McConaughey as Ron Woodroof’s only possession being his dead mother’s painting – and with Wild the natural solitude and conflicts of this condition is given the vast landscape of the Pacific Crest Trail to emotionally unfold. Vallée’s Wild is based on Cheryl Strayed’s best-selling memoir of her incredible, though unprepared, hike of the PCT after the unforeseen early death of her mother to cancer. Nick Hornby pretty much faithfully adapts the script except for some minor variations (e.g. it’s Strayed’s friend that sends the packages, small episodes are omitted). But Wild is a lot more than just its script, as like in the book, its charm comes from vivid imagery and Vallée excels at cinematically and psychologically rendering these working class, emotionally conflicted personal frescoes. Yves Bélanger’s cinematography of Wild does a similar feat to what Timo Salminen achieves in Jauja: there is a Bazinian transcendence of the image, as in the capturing of the real physical landscapes and in natural light, the beauty of the world is on display and is presented to make sense. The use of flashbacks and the editing by Martin Pensa give the film an almost sculptural form. In trying to tell the story of a life of a person these temporal jumps (a first for Vallée) suggest a knowability of another person. Cheryl Strayed (who now enjoys a dedicated fan base on social media) is a strong and determined women and Wild deals with many important feminist and human themes. Since Vallée’s last two films ended with a death, having Strayed being at the start of a whole new life by the end of Wild suggests that Vallée is going into more optimistic territory.