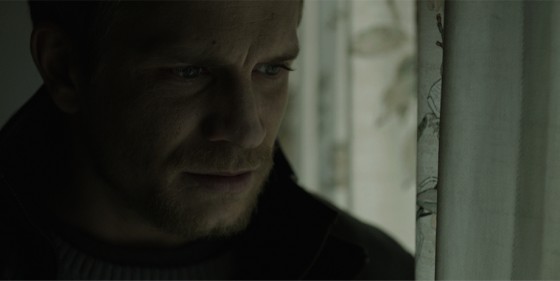 City streets come a lot meaner than those of Brussels. Indeed, at one point in this initially intriguing but increasingly turgid Belgian thriller, the central homicide detective played by Jérémie Renier gets razzed about the city’s murder rate, which is puny by the standards of the cops in Seven, Bad Lieutenant and Waste Land’s many other American points of reference. Even so, Renier and director Pieter Van Hees labour hard to show that all of these deaths hang heavy on the soul of the protagonist Leo, a tightly wound man who is plagued by unspoken inner torments and prone to soak up the surrounding misery like a sponge, as his wife Katrien (Natali Proods) rightly observes.

When Katrien—who has a son from an earlier relationship, with whom Leo is close—unexpectedly becomes pregnant, Leo responds to the pressures of impending fatherhood by delving deep into the mystery that surrounds the murder of a Congolese immigrant with ties to the clandestine trade for African idols. The ugliness of Belgium’s colonial legacy is continually evoked by much talk of magic and savagery, by the shadowy presence of a villainous white businessman who talks like Colonel Kurtz, and by Leo’s lust for the victim’s sister. Leo’s daddy issues, secret taste for self-mutilation and eventual descent into quasi-Lynchian hallucinations further compound the impression that Waste Land’s ambitions far exceed what it can competently handle. Renier makes a valiant effort to convey the whole scope of Leo’s suffering, but what might’ve passed muster as a gloomy policier soon collapses under its own weight.