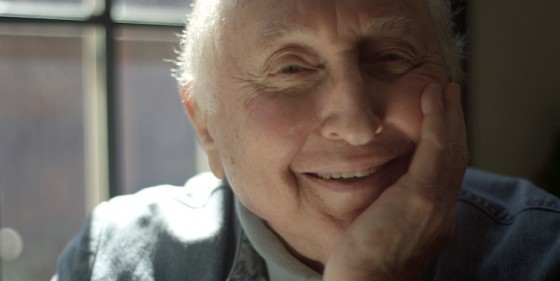 “He’s a very deep guy … It’s like Zen and the Art of Archery, or whatever.” Oh my God, shut up. Ethan Hawke, who has made a very lovely portrait of virtuoso pianist and teacher Seymour Bernstein, is going to be his own worst enemy in terms of getting people to actually see the damn thing. Le Grand Ethan does appear once or twice in Seymour, primarily as a kind of pretext or prime mover, explaining why those without a specific interest in music might nevertheless find Bernstein a compelling thinker and raconteur. (The actor-director started having some issues with stage fright, and when he met Bernstein he found that the educator had some broadly applicable aesthetic ideas that non-musical performers could take to heart.) But luckily, Hawke is sensible enough to let his subject do most of the talking, and to make room for more qualified conversationalists (critic Michael Kimmelman, theologian Andrew Harvey) when necessary. In learning from and about Bernstein, we essentially learn a great deal about music, as seen from a particular perspective. He speaks about the need for artists to acknowledge the gruelling task of mastering one’s craft through practice, something that dominant ideologies like “talent” and “showbiz” tend to render invisible. He also counterbalances this formalism with a style and approach that is about engaging emotionally with the music one is performing, having a sensitivity to it beyond mere mechanics. In clarifying his own philosophy and approach, Bernstein discusses his problems with Glenn Gould, whose work Seymour found too subjective and idiosyncratic. What we witness in Seymour that is of more value than Bernstein’s own stories or opinions is the frequent observation of the man with his students. Whether or not you’ve studied piano, or any musical instrument, it is fascinating to observe Bernstein’s gentle but rigourous technique in correcting errors, training the musicians’ bodies, and helping them to locate their own place within the piece they are trying to perform. Or, in the words of the director, “I thought he’d be a fun person for a documentary. It’s more of a portrait of a teacher, you know?” Yeah, dude. We know.