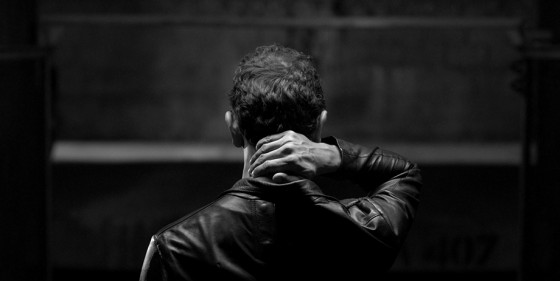 OBRA, the debut feature by Gregorio Graziosi, is a frustrating film. Foregrounding the problem of late modern architecture and filled with analytical cinematography of São Paolo’s urban density, there’s no question that this is a film with things on its mind. (The opening lines of dialogue are a citation of Charles Jencks’ statement regarding the demolition of the Pruitt-Igoe housing project.) However, OBRA buries the lead, so to speak, by situating these concepts within a somnambulistic narrative universe. Virtually everything we see and hear is filtered through the consciousness of a young hotshot architect (Julio Andrade) whose first major project has broken ground only to turn up human remains. This is not so subtly paralleled with his personal life, wherein his very pregnant British wife is about to give birth to his first son. Graziosi’s black-and-white filmmaking is slow and overly composed, providing no real aesthetic depth to the proceedings. Instead, every inch of OBRA signals the film’s grinding, irksome need to be taken seriously. This is regrettable, since the interstitial moments in which the camera simply articulates the uneven modernity of São Paolo are captivating, in no small part because we’re allowed an objective view severed from Andrade’s lubricious lead character. Graziosi probably could have made a much more successful documentary or an essay film, and one wonders why he didn’t.