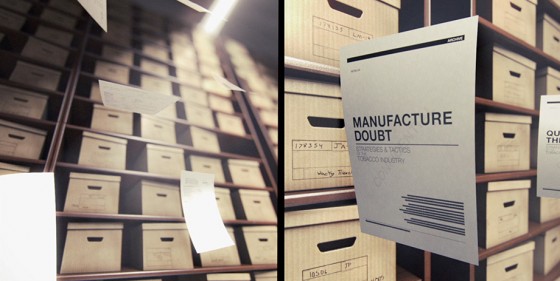 There’s a wealth of valuable and urgent info in Robert Kenner’s study of how business and ideological interests—and, of course, the Koch brothers, the favourite boogeymen of American liberals—create the illusions of debate and doubt over such issues as climate change in the media arena when none ought to exist. At the heart of Merchants of Doubt is the argument that disinformation tactics developed during the tobacco industry’s decades of mendacity have proven equally effective for the fake grassroots groups, dubious think tanks and corporate-backed experts whose true objective is to create gridlock and confusion over matters that imperil the planet shared by members of Greenpeace and the Tea Party alike. They are the reason why the very nice climate scientists we meet here routinely receive death threats and a garrulous former Rush Limbaugh Show prankster named Marc Morano is free to ridicule Bill Nye the Science Guy on CNN and not be called out as the windbag he is.

It’s just unfortunate that Kenner seems so terrified of ever boring or confusing the viewers he hopes to spur into action with the requisite three minutes of you-can-make-the-change uplift following 90-odd minutes of far more distressing analysis. Hewing close to the slickly glib doc packaging pioneered by Errol Morris, popularized by Michael Moore and rigidly reinforced by both Robert Greenwald and his conservative counterparts, Kenner cannot resist the impulse to ladle on the eerie theme music and make a sudden transition into black and white the moment an interview subject mentions The Twilight Zone, for instance. The would-be cheeky choice of archival footage and songs (e.g., Big Star’s “Don’t Lie to Me” over the image of a confab of climate-change skeptics) can also be grating. Another of Merchants of Doubt’s central gambits—threading the film with a magician’s revelations on the principles of three-card monte and stage trickery—is more successful at providing a note of lightness and some visual pizzazz amid all the dispiriting talk and evidence that it hardly takes the skills of a sleight-of-hand artist to bamboozle most of us.