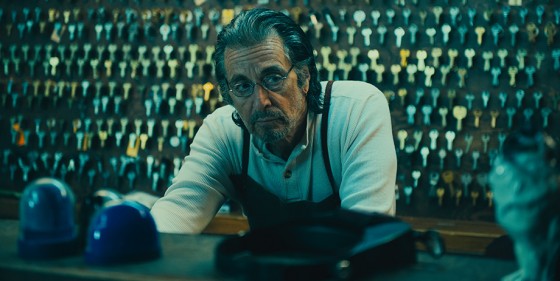 David Gordon Green’s recovery from misadventures in the mainstream began in earnest last year with Prince Avalanche and Joe, films that echo the ebullient eccentricities and immersive sense of place of Green’s earliest features while retaining the stars he began using for financial leverage (Paul Rudd, Nicolas Cage) when he was riding the pineapple express into the ditch. Manglehorn stars Al Pacino as a creaky Texas locksmith, if you can believe it—and you should, not because Pacino is especially believable as the eponymous Lone Star oldster, but because he gives one of his most inventive, interesting and detailed performances in ages.

Of course, he is afforded no shortage of ambient everyday strangeness to work off of. Manglehorn’s script is attributed to Paul Logan, but Green’s fingerprints are all over it: the regional reverie involves long dissolves and gauzy montages, accompanied by music from Explosions in the Sky, that make a palimpsest of a multi-car pile-up, a mime, a cemetery for boats, street dancers, a massage parlour run by Harmony Korine, and an impromptu serenade in a bank. The dreamlike haziness is in keeping with Manglehorn’s ever-distorting perception: he’s clearly succumbing to some sort of dementia. He also can’t get over a long-lost love to whom he still composes letters—he’s got the hurts so bad he can hardly register the wooings directed his way by a much younger, pretty, affection-starved bank teller (Holly Hunter, brilliant). The two-hander in which Pacino and Hunter go on a disaster-date to some geriatric cafeteria is amazing. 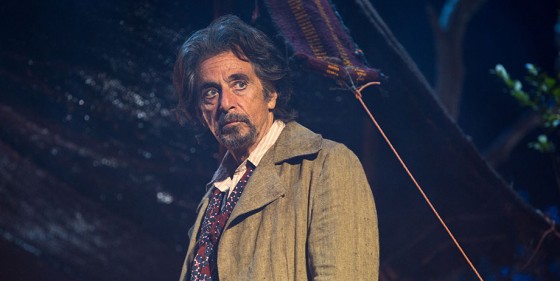 And then comes The Humbling, Barry Levinson’s bizarre, blundering, pointless misreading of Philip Roth’s penultimate novel. It too features Pacino apparently spiralling into dementia (and again doing it very nimbly), this time as a once-revered thespian who has lost his mojo to the point where he’s taking nosedives into the orchestra pit just to salvage a lousy performance. He quits the stage, does some rehab, holes up in his country house, and winds up having a long affair with a much, much younger woman who was previously a lesbian, played by an understandably totally confused Greta Gerwig. It’s in trying to sort out the affair that this Humbling (as adapted by Buck Henry and Michal Zebede) itself nosedives into the pit by playing everything as morbid farce when Roth took his hero’s sexual reawakening very seriously. I suppose Levinson and Henry wanted to avoid being pegged as rich old famous white guys engaging in pathetic fantasies of endlessly sustained male virility, but then why bother with this property to begin with? It’s Philip Roth, for God’s sake.