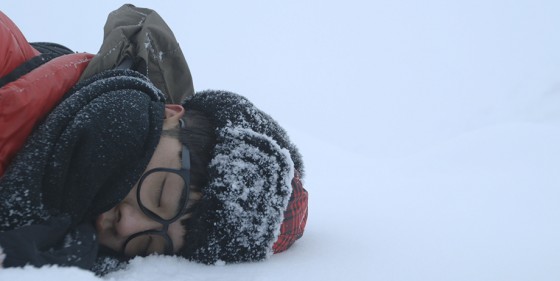 China has nothing on the West when it comes to glossy televised star-making contests. The Super Girl contest in 2005 broke television viewing records and transformed the way Chinese youth audiences engaged with pop culture. Along comes the inevitable Super Boy contest, to which award-winning filmmaker Fan Yixin (Last Train Home) has been given lots of access. The results come off like part embedded journalist doc, part super-slick entertainment show.

The young boys, ten of whom make it into the final round, are caught on- and off-stage (there seem to be surveillance cameras even in their joint bedroom, footage of which is incorporated into the film). They are all aspiring pop idols, all have the looks, and some can even sing. We spend most of our time with Hua Chenyu, a glamour-nerd (such a thing exists in China) who composes soaring pop ballads that make his tiny bopping fans burst into tears; Yu Tian, movie-star handsome but a bit lacking as a singer (as the pro backup band complains); the preternaturally feminine Rao Wei; and ever-so-slightly rebellious Ning Huanyu.

But even Ning’s scene of grumbling about living in a manufactured version of reality in the documentary is carefully constructed with slow motion, an outdoor setting, and musical underscore, and that’s the problem with this documentary. It seems to think it’s puncturing the artifice behind a soulless pop-entertainment machine, but it participates, just with a bit more subtlety, in that same process. The boys are a happy, harmonious “family,” under the paternal protection (and occasional stern discipline) of their producers and teachers, a vision of social harmony that the Chinese government would surely be completely comfortable with. (I Am Here does in fact have the Film Bureau seal of approval for screening inside China.)

It’s a bit surprising that TIFF found no actual independent (i.e., unauthorized) docs from China this year, as there’s no lack of superb candidates available. China, a place of baffling complexity, has many sides, and it’s a shame TIFF is choosing to show us only one.