TIFF 2014 | From What Is Before (Lav Diaz, Philippines) — Wavelengths 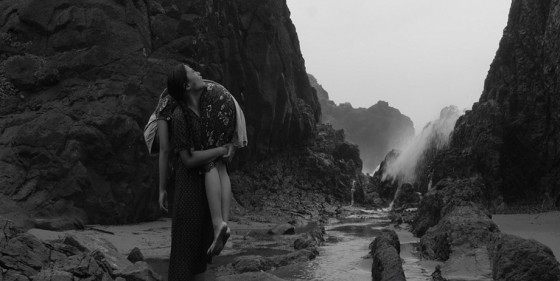 Golden Leopard winner Lav Diaz’ From What Is Before is (pace Michael Haneke) the chronology of a mass murder. It’s the anatomy of a barrio in the rural remoteness of Manila’s coast, and a reflection on individual and collective strength and failure when outward conditions change. It’s an associative analysis of a society’s default settings. And it’s topical.

The historical backdrop for Diaz’s film is a series of mysterious, violent incidents—killings, disappearances—around Manila in the early 1970s, two years before Marcos proclaimed his military dictatorship. Today, it is considered self-evident that the mysterious bombings of that time were part of a strategic plan conceived by the Filipino military to lay the groundwork for the installment of Marcos’ regime. They were intended to stir anxiety among the population, especially in the rural areas, to make them desirous of a saviour, even a dictator, just to regain their feeling of security. Diaz’s characters don’t have the benefit of hindsight, however, and the film depicts them at the moment of their collective deception.

From What Is Before is a striking example of Slow Cinema: over the course of 338 minutes, Diaz creates a narrative in two parts, with the country’s historical cataclysms haunting the events of the first half and culminating in the second. Duration, here, is a tool to contemplate and to let layers emerge. We are gradually introduced to a handful of inhabitants of a small village, an autarkical barrio: cattle tender Sito and his adopted son Hakob; Tony, a wine seller; a priest; Joselina, a severely autistic faith healer, and her sister Itang, who has committed her life to taking care of her; and a nosy and conniving door-to-door saleswoman who—funnily enough—just recently moved into town.

Diaz’s ample, generous framing serves to accumulate visual details at first, and to create a mythical scope that derives from the deeply spiritual relation between the people of the region and their natural environment. But there is also always the feeling of indefinable phantoms hidden behind what we actually see. Impeccably calm images are edited to alternate with those suddenly disrupted by the elements, like water splashes on the camera or a slight tilting from the wind, creating a somewhat documentary feel.

One day, a dead body is found at a crossing. Cows are being hacked apart. People disappear. Slowly, fear starts seeping into the barrio’s social fabric, making room for ancient, paranoid impulses to emerge. And then, a group of soldiers install themselves in the school building. At this juncture, Diaz changes his form along with the mood; slowly, almost unnoticeably, the initially omnipresent perspective starts to change. Frames turn into frames within frames, as if limitations and restrictions were being imposed onto the mise en scène, even as events spiral into destruction and chaos. “Recuperating history” is a huge and somewhat empty phrase, but it’s exactly what Diaz is attempting here. This is, above all, his film as a Manilan.