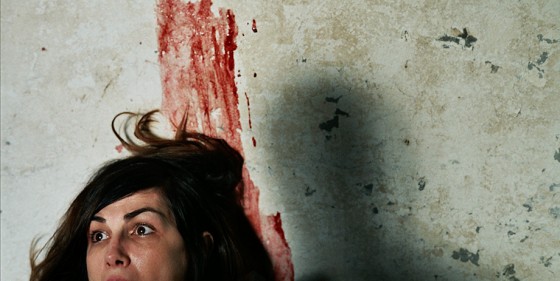 One wonders: did the world really need what is at least the fourth film treatment of the Lonely Hearts Killers case, after Todd Robinson’s utterly useless 2006 (Lonely Hearts), Leonard Kastle’s influential vérité shit-show The Honeymoon Killers (1969) and Arturo Ripstein’s rather mannered Mexican melodrama Deep Crimson (1996)? The source material—an unhinged yet commanding woman who goes into such a jealous rage after learning of her lover’s profession (he seduces women before swindling them for large sums of money) that she coerces him into killing off his “clients,” thus disrupting and integrating herself into his livelihood—took a (literal) axe to the post-WWII re-instatement of the paterfamilias with its scenario of a woman in complete control of the male object of her desire and his business. Fabrice Du Welz’s present-day reiteration (complete with online dating) is a formally sleek study of looming insanity, and is prone to innervating jolts of hysteria; it also contains one hell of a balls-out performance by Lola Dueñas. And while it may ultimately go down in memory as that film in which Laurent Lucas mimics Humphrey Bogart’s hippo call from The African Queen, its conflation of the ridiculous with the sublime is this neo-extremist’s most admirable and stirring manoeuvre to date.