TIFF 2013 | The Art of the Steal (Jonathan Sobol, Canada)—Gala Presentation 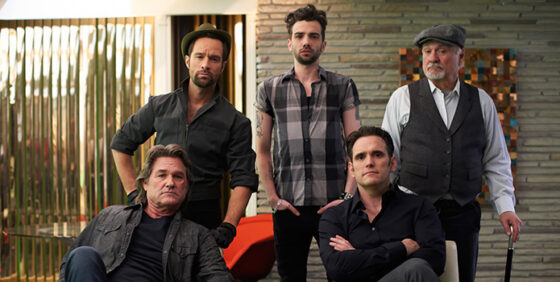 It didn’t take much post-viewing research to uncover what Jonathan Sobol’s thing is, i.e., why the hell TIFF programmers find him programmable (I would name names, but The Art of the Steal’s blurb in the programme guide has been strategically left uncredited): alas, he was born in Niagara Falls. At the very least an ethnographical curiosity, Sobol owns up to his roots by incorporating his hometown into both of his features to date (the previous one was A Beginner’s Guide to Endings). It’s a challenging milieu around which to build a film, I’ll admit, like growing up in Disney World and trying to cinematically evoke the down-home coziness that pummels you at the sight of a Snow White impersonator. Sobol, however, doesn’t much care for eliciting the spirit of the Falls (the wine, the water, the arcades, the tourists, their epic Hard Rock Cafe), nor any sense of place; there is a gag at the border crossing, which is so dumb that it’s one of the only scenes I remember. By all means this is a B-movie, topped up with cheap has-beens like Matt Dillon and Kurt Russell (plus Jay Baruchel as the token Canadian), all of whom mostly stand or drive around reciting lame one-liners while participating in a useless caper narrative about stealing art (not to mention movie titles), dishing out punitive philosophies on Suhr-att’s pointillist paintings, and then getting away with it (or did they?). Festival filler, in a nutshell, and you really have to wonder who’s benefitting from its existence. Certainly not anyone paying $45 to see it.