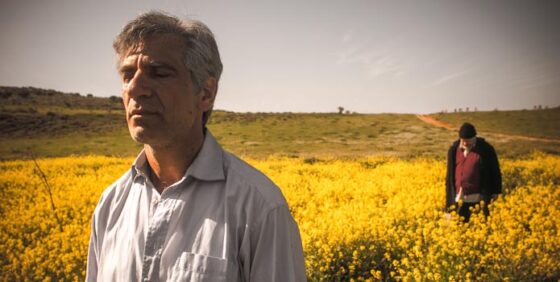 Shuttling back and forth in time through 40 years in the life of an Israeli general (played by famous Israeli actor Alon Aboutboul), Yossi Madmoni’s epic melodrama (its epicness heightened by Boaz Ben Yacov’s cinematography and Erik Lahav Leibovic’s editing) is trying to “film” the “Israeli soul” during a period of disillusion and instability. Though it can be sometimes tiring, the film takes an unexpected point of view of familiar events, as it uses this fictional general’s life as a tool for exploring a formalistic chronicle of Israeli writings, from the Bible to the national heroism tales of the 1940s and ’50s all the way to recent media handling of “the conflict.” Although it’s daring to tackle a subject as wide and complex as this, the film’s political statements are somewhat vague, and Madmoni himself seems to prefer a multiplex image of moral decay over a profound critical statement.