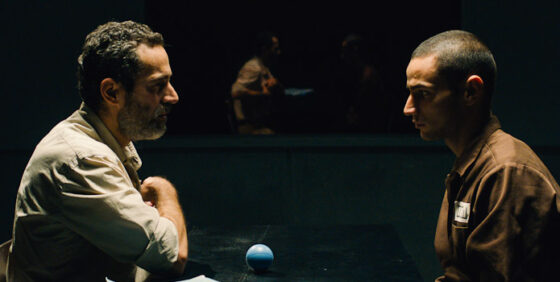 While the Israeli-Palestinian quagmire has some inspired some distinguished non-fiction films since the dawn of the 21st century—notably Michel Khleifi and Eyal Sivan’s Route 181; Fragments of a Journey in Palestine-Israel, which remains one of the least seen important documentaries of the last decade—most features tackling this intractable conflict are disappointingly mediocre. Made by a Palestinian director who resides in the Netherlands, Hany Abu-Assad’s Omar is a relatively undidactic take on the lives of ordinary Palestinians with no choice but to endure the indignities imposed by the constraints of Israel’s “separation wall.” Less schematic and overdetermined than Abu-Assad’s overrated Paradise Now, the film’s impact is nevertheless compromised by its failure to resolve whether it wants to be a nail-biting thriller, a trenchant character study, or an indictment of recent Israeli policy. Truth be told, it’s most successful as a character study: the eponymous hero, devoted to his girlfriend who resides on the other side of the separation wall, wanting to leave a normal life but driven by a commitment to the armed resistance movement, is a prime target for recruitment as a double agent by the Shin Bet. Only a party pooper would reveal the climactic plot twist that makes Omar’s revenge on his tormentors satisfyingly sweet—and, at least fleetingly, prevents this uneven film from being just another well-intentioned but entirely predictable political thriller.