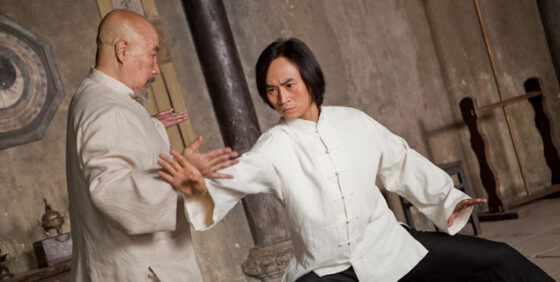 Probably the most remarkable thing about the whoa!-teur’s directorial debut is that it’s not a complete embarrassment. Given the fact that Reeves chose to make an ersatz HK actioner, the likelihood of a total fiasco was rather high, but Man of Tai Chi isn’t nearly that interesting. Reeves, together with fight choreographer Yuen Woo-ping, have made a passable second-rate Hong Kong film—something on par with, say, Derek Tsang or Jingle Ma, but with considerably more money behind it. The story of a young martial-arts student (Tiger Chen) who has developed tai chi into a fighting style (“It is not just for exercise,” he tells a reporter), the film soon becomes a kind of crypto-Fight Club with a dash of demonlover. Needless to say, The Keanu hasn’t got a patch on either Fincher or Assayas stylistically, and while his casting of himself as the eeeevil villain may have been a bold move, his performance could be a career-worst. Still, incidental pleasures abound, like a Biography Channel third-act recap of Tiger’s life thus far, and an opulent fighting arena that one might characterize as Iron Chef: Abraham and Isaac Edition. It’s nice to see that a Hollywood millionaire still cares about the little things.